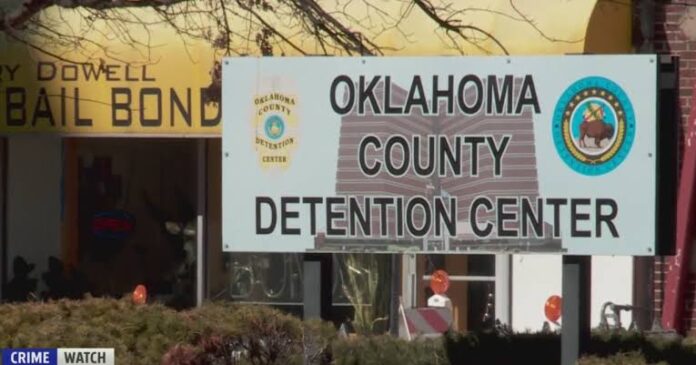 An inmate was fatally shot Saturday after a corrections officer was taken hostage at the Oklahoma County jail in Oklahoma, authorities said.

“The person who had taken him hostage was shot by an Oklahoma City police officer,” said Aaron Brilbeck, spokesman for the Oklahoma County Sheriff’s Office. “He is deceased.

The officer, who was not identified, was hospitalized for what was described as minor and non-life-threatening injuries, Brilbeck said, adding that the injuries did not occur during the shooting.

“He walked out of his own accord,” jail administrator Greg Williams said at a news conference.

According to NBC News,  the officer was taken hostage on the 10th floor of the Oklahoma County Detention Center, which was placed on lockdown at about 4:22 p.m., authorities said. The episode lasted less than two hours, Brilbeck said.

Officers were distributing medication when “the inmate overran the officer,” said Sheriff Tommie Johnson III, at the news conference.

The inmate, whose name was mot released, used the officer’s keys to free an undetermined number of prisoners, some of whom participated in the hostage-taking, Williams said. The floor houses 37 inmates.

“That’s where the inmates that have really been most difficult to manage are housed,” Williams said.

A sheriff’s tactical unit and city police responded to the scene, Brilbeck said.

The inmate who was killed may have taken the officer’s cellphone and livestreamed some of the incident on social media, Williams said.

Authorities tried to de-escalate the situation, he said, but when the inmate held an unidentified object to the officer’s neck, at least one Oklahoma City officer opened fire, killing him, Johnson said.

Williams said authorities would look into whether poor conditions inside the jail may have prompted the violence.