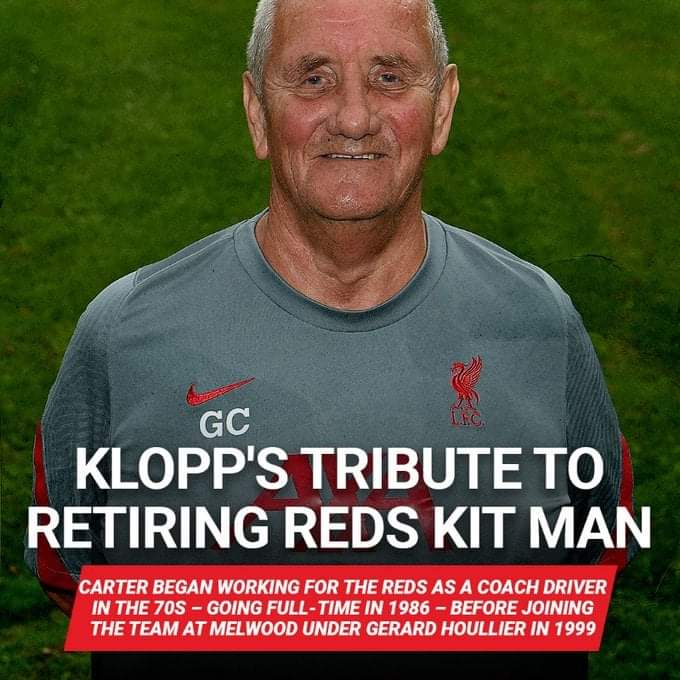 Jürgen Klopp has paid tribute to Liverpool FC kit man Graham Carter ahead of his final game with the club this Sunday.

Carter began working for the Reds as a coach driver in the 1970s – a role that he took on full-time in 1986 – before joining the team at Melwood under Gerard Houllier in 1999.

He will retire from the position and bid farewell to the club after the Premier League clash with Crystal Palace at Anfield this weekend.

“We will say goodbye to Graham Carter,” said Klopp at his pre-match press conference.

“That will definitely happen, that we say goodbye to Graham Carter – kit man for 35, or even more, years at the club.

“We will say goodbye to him in an appropriate way.”