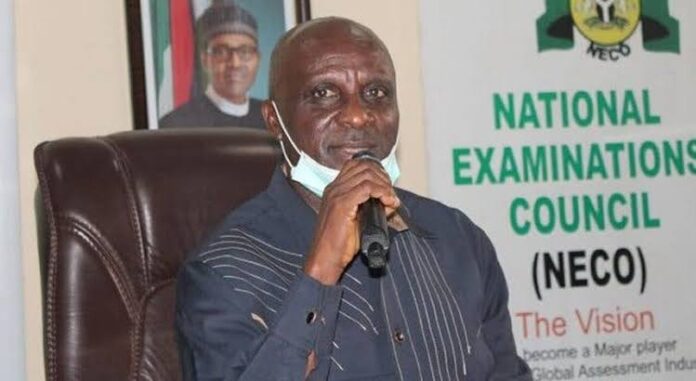 Prince Godswill Obioma, son of the late Registrar of National Examination Council (NECO) has revealed the cause of his father’s death.

In a statement signed on behalf of the family Tuesday morning, he said his father died after a brief illness.

“Dear Sir, this is to formally inform you that my father Prof. Godswill Obioma the Registrar/Chief Executive of NECO passed to eternal glory yesterday after a brief illness,” he wrote.

TheFact Nigeria gathered that there had been reports on social media insinuating the late Professor Godswill Obioma was murdered in his home in Minna, Niger State.

He was appointed Registrar of NECO on 14th May, 2020 by President Muhammadu Buhari.

A Professor of Educational Measurement and Evaluation, late Professor Obioma was a former Executive Secretary of the Nigeria Educational Research and Development Council (NERDC).

Until his appointment as Registrar of NECO, Prof. Obioma was the Ebonyi state Resident commissioner of the Independent National Electoral Commission.

He died yesterday at the age of 67, survived by his wife and children.

Why Nigeria Lost 9m Barrels Of Crude In Q1 2022 – Aregbesola