This was disclosed yesterday in a statement issued by the NAF Director of Public Relations and Information, Commodore Edward Gabkwet.

TheFact Nigeria reports that the collaboration has been fostered in a bid to advance NAF’s Research and Development efforts aimed at promoting indigenous technology to sustain platforms and equipment serviceability.

During the signing ceremony, the Chief of the Air Staff, CAS, Air Marshal Oladayo Amao, who was represented by the Force’s Chief of Standards and Evaluation, Air Vice Marshal Olusegun Philip, noted that collaboration with organizations such as ITF and EPAIL were necessary if the NAF was to realize its objective of moving the nation and the service towards becoming technologically advanced and self-reliant.

The MoUs, the CAS said, would facilitate solution-driven techniques to NAF’s technical challenges which would in turn translate to greater operational efficiency for the Service.

He further noted that in line with the focus of the Federal Government towards promoting indigenous technology, the NAF has been looking inwards to gradually wean itself of overdependence on foreign technology and be more innovative and resourceful as aptly encapsulated in 2 of the key drivers of his vision.

Air Marshal Amao further attributed NAF’s ability to produce such items as autopilot cassettes and hydraulic diaphragms for the Mi-35 helicopter as well as L-39ZA trainer aircraft, to collaboration with other organizations and agencies. 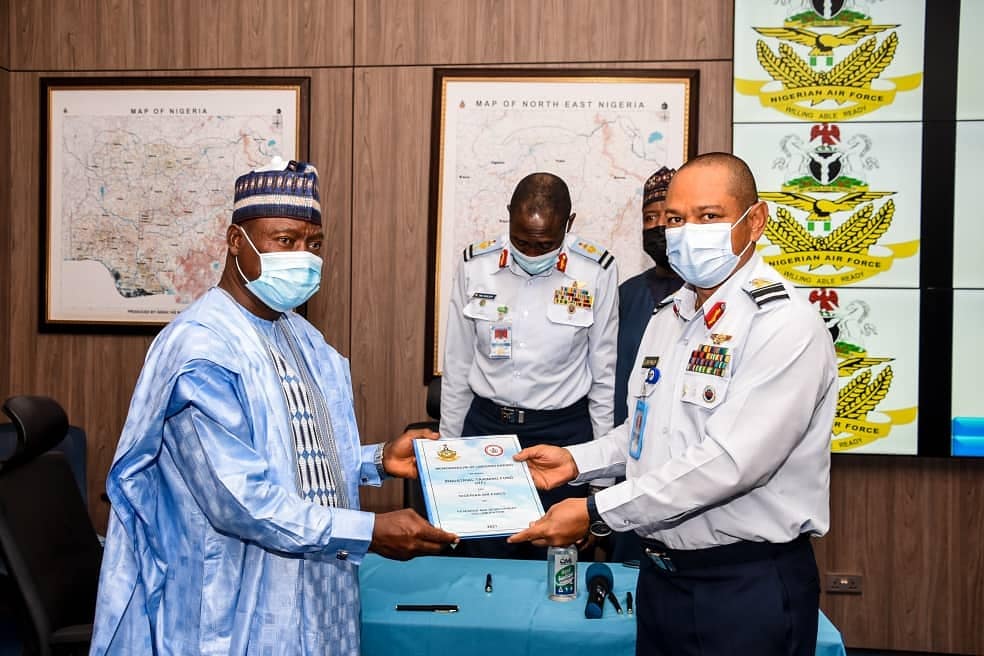 Other Research and Development feats recorded, include production of Alpha-Jet aircraft, anti-skid break system test bench and batteries for the Mi-helicopters series.

“These and many other innovative efforts have provided the impetus for the NAF to effectively project air power in support of friendly forces’, Amao said.

Responding on behalf of the MoU partners, the Director General ITF, Sir Joseph Ari, noted that the MoUs would establish a framework through which the signatories would work together in an effort to nurture a cooperative and win-win relationship among the 3 institutions as well as enhance productivity.

He also commended the CAS for his leadership acumen which has better positioned the NAF for operational effectiveness, and called on Nigerians to be supportive of the efforts of the military as they make efforts towards safeguarding the entire nation.

The NAF currently has 32 active MoUs with various organizations, agencies and universities nationwide. Its MOU with the ITF is mainly centered towards human capacity development.

On the other hand, EPAIL is a private company involved in the indigenous manufacturing of security systems and personal protective equipment that would be of benefit to the NAF.

The partnership, it was learned, is expected to further reduce NAF’s over-dependence on foreign technology and make it more innovative and resourceful, cover areas of human capacity development and production of security systems as well as personal protective equipment.