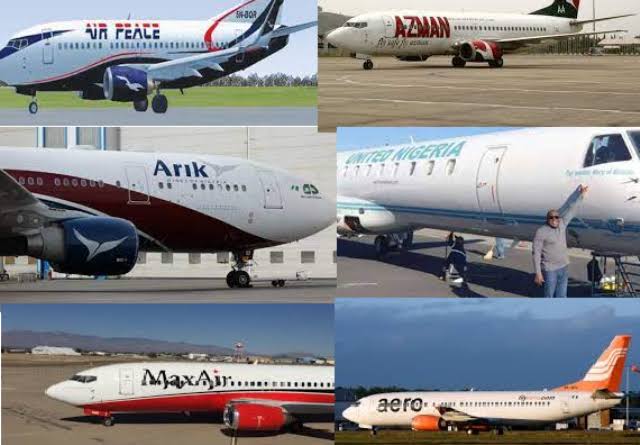 The Nigerian airlines, under the aegis of the Airline Operators of Nigeria (AON), has announced that there will be major disruptions of flights in the country due to scarcity of aviation fuel known as JET-A1.

This was disclosed on Friday in a statement by AON’s spokesperson,Obiora Okonkwo.

TheFact Daily recalled that AON had said they would shut down operations due to the high cost of aviation fuel which hit N714 per litre.

The Vice-President of AON, Allen Onyema in June said at least three domestic airlines were on the verge of shutting down operations due to hike in price of the commodity.

“If nothing is done concerning the cost of aviation fuel, the fuel crisis will take away three airlines in Nigeria in a few weeks.”

Onyema had explained that even though the fuel crisis was not limited to Nigeria, it was made worse by the depreciating value of the Naira against the dollar.

However the statement said the current situation would lead to cancellations and prolonged delays across all airports in the country.

“This is to notify the members of the public, especially, consumers of air transport services in the country, that the aviation sector has been hit by a major crisis with the acute scarcity of aviation fuel otherwise known as Jet-A1.

“For this reason, there will be major disruptions in scheduled flight operations, including cancellations and unnecessary delays across all airports in the country.

“This is a foreseen but unintended consequence of the aviation fuel scarcity in the country.”

The operators, pleaded for the understanding of the travelling public “to bear with our members as efforts are currently being made to address the development and restore normal flight operations. It is committed to rendering seamless and uninterrupted air transport service across the country”, the statement said.

Kaduna Labour Action: It Was All Your Fault, Wabba Tells El-Rufai