As part of efforts to curb the indiscretional use of social media and its attendant negative implications on national security, the Nigerian Army, NA, has organised a social media awareness campaign.

The workshop, themed “Emergence of Citizen Journalism: Enhancing National Security and Cohesion through Responsible Media Reportage”,  which took place Monday, 31 October, 2022, was organised for personnel of 6 Division of the NA at the Python Officers’ Mess, Port Harcourt Barracks, Rivers State.

TheFact Daily reports that in delivering his welcome address, the Director, Army Public Relations, Brig Gen Onyema Nwachukwu, called on personnel to see themselves as the faces and image makers of the Nigerian Army and avoid any act that could attract image and reputation crisis to the organisation which they represent.

He averred that professionally executed strategic communication would help the Army overcome public condemnation and reputational crises arising from ignorant use of the social media, and therefore called on personnel to be circumspect in its use to promote efforts of the Army in winning public confidence and respect for the organisation.

Maj. Gen. Oluyede, who was represented by the Director, 6 Division Education Services, Brig. Gen. Emmanuel Echebuiwe, further called on personnel to engage in activities that will positively project the image of the Army and shun all forms of indulgence that could compromise security of military operations. He further urged the troops to take advantage provided by the social media to enhance national security and cohesion.

Speaking on “Abuse of Social Media: Implications for Image and Reputation of the NA, Brig. Gen. Bobby Ugiagbe identified what he considered constituents of social media abuse and enlightened the troops on necessary steps to prevent such abuses. He encouraged them to carefully study the Armed Forces Social Media Policy for their benefit.

In the same vein, while speaking on “Impact of Positive Use of Social Media on Image and Reputation of the NA”, Dr. Olunifesi Suraj, an Associate Professor, tutored the participants on how best to use social media platforms to enhance operational security and promote the image of the NA. 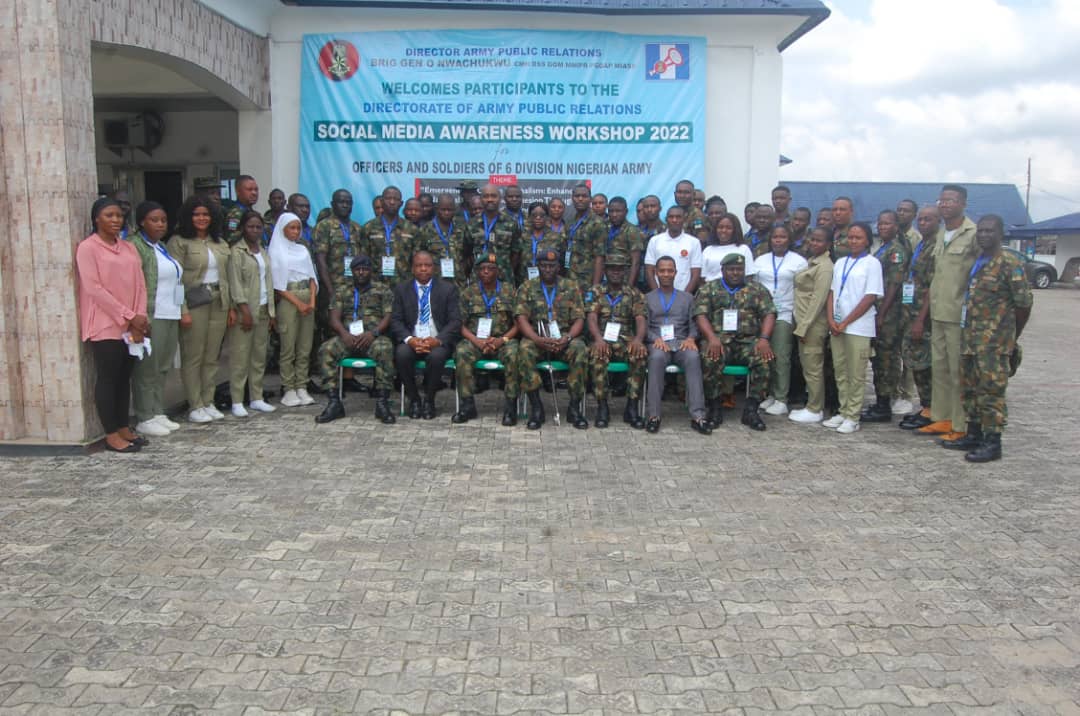 Highlights of the event were presentation of souvenirs to the GOC, resource persons, as well as participants who keenly partook in the interactive session.

The workshop was the third in its series.

DJ Cuppy Dreams To Take Over UK In 10 Months