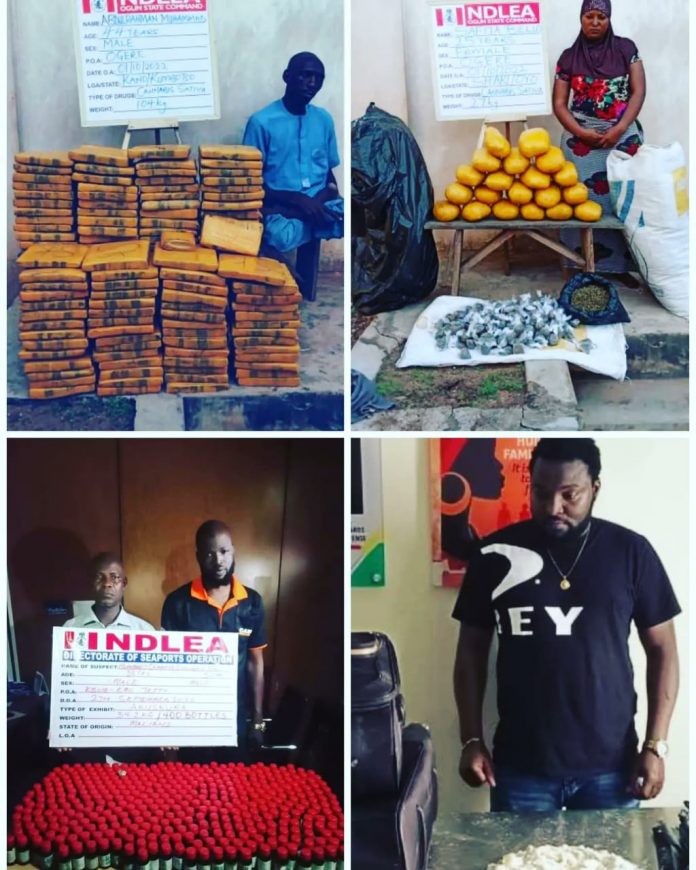 A former Nigerian footballer has been arrested by operatives of the National Drug Law Enforcement Agency, NDLEA, in possession of 1.40kg of crack cocaine concealed in his luggage.

According to a statement on Sunday from the anti-narcotics agency, the suspect, 33-year old Okafor Emmanuel Junior, who hails from Arochukwu Local Government Area of Abia State, was arrested at the Murtala Mohammed International Airport, Ikeja, Lagos, on Monday, 26 September, upon his arrival from Sao Paulo, Brazil.

TheFact Daily gathers that Okafor Emmanuel was an ex-footballer with the University of Nigeria Teaching Hospital (UNTH) Enugu, FC, where he played for four seasons before leaving for Sri Lanka in 2014. After two seasons there, he moved to Brazil but could not advance his football career due to lack of official documents.

Okafor had concealed the class A drug in the handles of his bags whose top edges were also padded with the illicit substance.

In the same vein, another Brazilian returnee, Ibeh Chinedu Damian, was also arrested on the same day upon his return from Sao Paulo, Brazil. Ibeh was found to have concealed 3.2 kg of black cocaine popularly called ‘Lucci’ in the false bottom of his two bags. According to him, he was to be paid N3.1m upon successful delivery of the drug in Nigeria.

Also arrested was a 32-year-old businesswoman, whose attempt to smuggle 2.15kg tablets of rohypnol through the Nnamdi Azikiwe International Airport (NAIA), Abuja, to Istanbul, Turkey, was thwarted by operatives of the NDLEA.

The suspect, Pamela Odin, and mother of one, was arrested on 23 September, while attempting to board a Turkish flight with the drug concealed inside pepper, and packed among food condiments.

The indigene of Afiesere village in Ughelli North Local Government Area of Delta State, said she was a restauranteur in Turkey, and was in Nigeria to visit with relatives as well as to buy foodstuffs for her restaurant.

Meanwhile, the NDLEA has charged its officers to intensify ongoing offensive actions against drug cartels and traffickers nationwide.