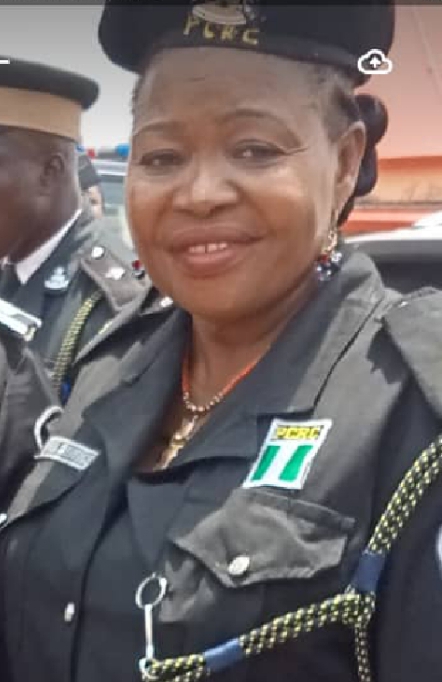 The Acting Force Public Relations Officer, FPRO, Muyiwa Adejobi, while disclosing this in a statement Wednesday night, added that the Force equally decried the illegal use of police uniforms, kits and accoutrements by non-police individuals and groups.

TheFact Nigeria gathered that the suspension is coming on the heels of a trending picture of the PCRC chairperson and other members at a function held at the Edo State Police Command, wherein the PCRC members were seen wearing black uniforms similar to that of the Nigeria Police Force, which also had police insignias and various inscriptions.

According to Adejobi, the act contravenes provisions of Section 214(1) of the 1999 Constitution of the Federal Republic of Nigeria, 1999 (as amended) and Section 101 of the Police Act, 2020.

He said that the IGP, in line with the extant law, has warned against the illegal donning of Police uniforms henceforth, and that erring individuals will be made to face the full wrath of the law.

Similarly, the FPRO added, the IGP has ordered the police disciplinary units particularly the Force Provost Marshal, the IGP X-Squad and Monitoring Unit to clampdown on persons who engage in the illegal sales of police uniforms, kits and accoutrements, outside of police approved stores and the office of the Quartermaster.

“In the same vein, the Inspector-General of Police has further directed the Force Public Relations Officer to meet and collaborate with members of the Guild of Actors in Nigeria to improve partnership to ensure proper use of police uniforms, kits and accoutrements in their movies and skits.

The Police Community Relations Committee, PCRC, was fired to, among other objectives, bring the police and public together, bridge the socio-psychological gap between the police and the public, and to solicit for public’s information through the communities in order to control crime.