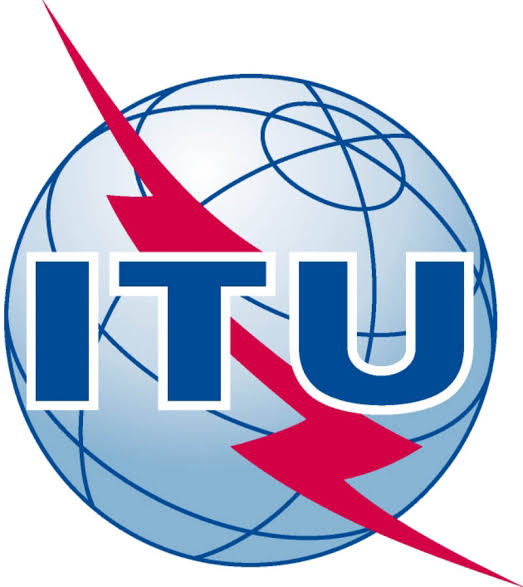 Palpable fears on the future of the internet dominated the global gathering of the plenipotentiary conference of International Telecommunications Union (ITU) last week as opposition to open internet was rife.

Russia, China and Saudi Arabia believed in more national control, to determine standards. They therefore resisted the control of the internet being centralized.

And If Russia, China, Saudi Arabia, Uganda and 21 other opposition countries had their way, the future of the internet would have become precarious and unpredictable.

Russia, China and Russia have persistently canvased democratisation of the administration’s of the internet whereby each of 193 member nations of the International Telecommunications Union (ITU) could make and enforce rules for the internet.And instead of allowing a central body,the Internet Corporation for Assigned Names and Numbers (ICANN) that coordinates Internet Assigned Numbers Authority (IANA) to manage the internet through a seamless interoperability and unique domain name system that enables handshakes of Internet Protocol (IP),Russia ,China and Saudi Arabia think individual countries should make and enforce individual rules for operations.

This campaign for a decentralized administration for the internet has been on since 2012 but it was put to rest last week Thursday at the Plenipotentiary conference in Bucharest, Romania.

The elections to fill ITU,s executive positions put an end to this agitation for decentralization of the internet.

The position of the Secretary General as the Chief Executive of ITU was therefore crucial if the status quo was to be maintained.
Russia and the United States Of America fielded candidates thus rekindling the Cold War.
Rashid Ismailov (Russia) and Doreen Bogdan -Martin(USA) were backed by their countries in this election.

Despite a penchant for ideological slant,
caution and reason prevailed when the votes were counted after the election.

Bogdan-Martin was named the next Secretary-General of the ITU and became the first woman that will occupy this position in ITU,s 157 years of existence.She Will succeed Chinese engineer,Zhao Houlin who will be serving his two term out by December 31,2022.

Bogdan-Martin will be the first woman to lead ITU, which was established in 1865 and became a United Nations specialized agency in 1947.

She spoke after the election saying “Whether it’s today’s children or our children’s children, we need to provide them with a strong and stable foundation for growth,” adding, “the world is facing significant challenges – escalating conflicts, a climate crisis, food security, gender inequalities, and 2.7 billion people with no access to the Internet. I believe we, the ITU and our members, have an opportunity to make a transformational contribution. Continuous innovation can and will be a key enabler to facilitate resolution of many of these issues.”

Ms Bogdan-Martin has held leadership positions in international telecommunications policy for over two decades. Throughout her career, she has brokered innovative and visionary partnerships with the private sector, civil society, and other United Nations agencies to accelerate digital inclusion and connectivity.

The Secretary-General-elect has pledged “to continue driving this institution to be innovative and increasingly relevant for our Member States, better positioning all of us to embrace the digital environment and make progress on achieving UN Sustainable Development Goals and connecting the unconnected.”

Russia, China and Saudi Arabia believed in more national control, to determine standards,that was why this event was likened to a geopolitical football – and a turning point for internet governance fueled by the two candidates that ran for the top position in the election as Secretary General.

Bogdan-Martin is an ITU veteran with years of experience working with global telecoms regulators. She also believes that current internet governance models need not change and bodies like the Internet Engineering Task Force (IETF) should be left to work on standards and technologies pertaining to the ‘net, and the ITU should do its thing regarding international co-operation.

But Russia will not have any of that having nominated Rashid Ismailov for the job. Ismailov was a former deputy minister at Russia’s Ministry of Telecom and Mass Communication, having also worked for Huawei.

In 2019 ,Huawei ,China Mobile, China Unicom, and China’s Ministry of Industry and Information Technology (MIIT), did something strange.They submitted a proposal to the ITU for a standard called New IP (New Internet Protocol, the standard that helps glue our modern communications together). The entities behind New IP reasoned that it is needed because existing protocols don’t include sufficient quality-of-service guarantees, so netizens will struggle to handle latency-sensitive future applications, and also because current standards lack intrinsic security,they claimed.

But the global community saw this as controversial especially since ITU does not oversee IP. That’s the IETF’s job which is a multi-stakeholder organization that accepts ideas from anywhere and harmonises same for the good of humanity.

Besides,the ITU is a United Nations body so represents nation-states in that regards.

Secondly the New IP proposed many Networks – or ManyNets – approach to global internetworking, with distinct, individual networks allowed to set their own rules on access to systems and content.

Some of the rules anticipated under the New IP could require individuals to register for network access, and allow central control – even shutdowns – of traffic on a national network.Analysts saw this as bizarre and censorship taken too far.

New IP is of interest to those who like the idea of a “sovereign internet” such as China’s, on which the government conducts pervasive surveillance and extensive censorship of it’s citizens and thinks it can do as it pleases within its borders.

And if the New IP had gathered support it would have potentially made some of the controls China uses on its local internet part of global protocols.

Russia, being a part of this thinking was manifestly so because it was not particularly tolerant of free speech before its illegal invasion of Ukraine and has since implemented sweeping censorship across its patch of the internet.

Ismailov was optimistic of becoming ITU boss, and potentially driving adoption of censorship-enabling tech like New IP around the world, therefore had many people worried – not least because in 2021 Russia and China issued a joint statement that called for “all States [to] have equal rights to participate in global-network governance, increasing their role in this process and preserving the sovereign right of States to regulate the national segment of the Internet.”

That statement included a call “to enhance the role of the ITU to strengthen the representation of the two countries in its governing body.”

The Internet Society, the non-profit organization that promotes open internet development, was also very worried about the proceedings at the ITU event saying Plenipotentiary-22 could be a turning point for the Internet.

The organization said “The multi-stakeholder Internet governance model and principles were being called into question by some ITU Member States and there were multilateral processes aiming to position governments as the main decision-makers regarding Internet governance.”

In following closely the election of the new secretary-general,the society said it was opposed to “any policies, measures, or movements that harm the Internet’s essential characteristics – open, globally connected, secure, and trustworthy.”

Russia,China,Saudi Arabia and some of those countries that voted for Ismailov were already implementing censorship of the internet in their domains.

But an open internet for all remains the campaign for an inclusive platform if the unconnected 2.7 billion people will have access by 2030.

ICANN controls the Domain Name System (DNS) which is a system designed to make the Internet accessible to human beings. The main way computers that make up the Internet find one another is through a series of numbers, with each number (called an “ IPaddress”) correlating to a different device. However it is difficult for the human mind to remember long lists of numbers so the DNS uses letters rather than numbers, and then links a precise series of letters with a precise series of numbers.

But this is what Russia,China and Saudi Arabia wanted to alter if Ismailov had won the elections.
Bogdan-Martin received the majority of Member State votes, and pledged meaningful connectivity as her goal. She will be the first woman to lead the UN specialized agency in its 157-year history.

And has pledged “to continue driving this institution to be innovative and increasingly relevant for our Member States, better positioning all of us to embrace the digital environment and make progress on achieving UN Sustainable Development Goals and connecting the unconnected.”

Among her campaign priorities, she said she would “lead ITU into a new era of global and regional partnerships,” adding that the organization “must evolve and sometimes break from old ways” to stay relevant. And the world stood for her to save the future of the internet.

Covid-19 Vaccination: None Died Out Of 6m Nigerians Vaccinated- FG