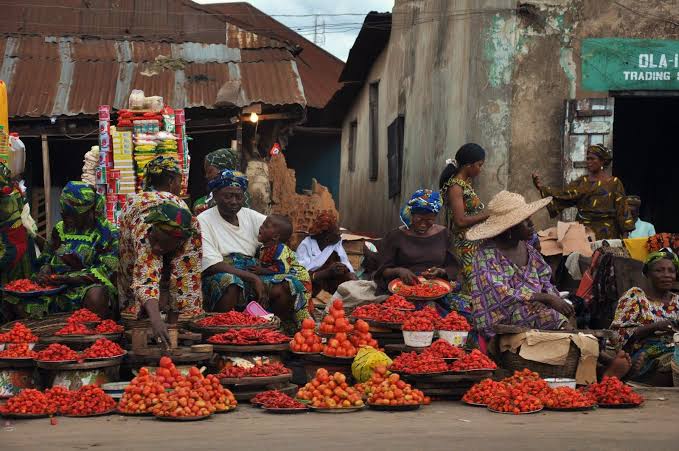 For some time now, I have observed with dismay the role of market operators, in the context of anti-competitive practices, in manipulating the markets to hike prices of goods and services to exploitative levels thereby worsening inflation in the Nigerian economy. Policy makers seem to be helpless while consumers groan in pain due to the negative impact of rising inflation rate on their purchasing power and standard of living generally.

This piece does not argue that there are no fundamental factors driving the current high inflation. Rather, the argument is that arbitrary pricing of goods and services has become more and more audacious and needs to be addressed. The Nigerian economic environment provides room for exploitative pricing of goods and services. So, the Federal Competition and Consumer Protection Commission must be alive to its responsibilities to prevent monopoly practices and protect consumers from exploitation.

No doubt, the current high price inflation rate in Nigeria is driven by both domestic factors and exogenous factors. Escalating inflation is the major downside risk to growth, investment and living standards in the country. From 15.7 percent in February, 2022, headline inflation consistently increased to 18.6 percent in June to 20.77 percent in September, 2022, the highest in 20 years. Core inflation and food inflation have similarly trended upwards causing strong concerns.

Although, there are the legacy causal factors of inflation in the country, the recent global shocks have played prominent roles, for example, increased energy and food prices in the world market consequent upon post-covid-19 recovery of aggregate demand in the Advanced Economies and the supply chain disruptions of the Ukraine-Russian war. In the context of globalisation and Nigeria’s heavy dependence on imports, imported inflation has played a major role in the country’s inflation acceleration. Against the backdrop of very low productivity of the Nigerian economy, the domestic triggers of the inflation include the following: food shortages caused by insecurity in the food producing areas of the country; increasing cost of logistics, e.g transportation; monetary expansion in relation to the need to support growth; domestic increases in energy prices; depreciating exchange rate and its pass-through effects arising from foreign exchange shortage in the market and heavy dependence on imports; and government’s weak fiscal position resulting in money supply increases and unsustainable public debt. But one factor which government has not taken due cognisance of is the advantage taken of an imperfect market system by operators to manipulate the market and charge exploitative prices for goods and services without any checks.

Over the years, the market system or lasses-fare capitalism has acquired heightened popularity in relation to other approaches such as government planning or interventions. In theory, the free market system works best to allocate resources efficiently if economic activities are carried out only by private enterprises in competitive markets and the rights to productive resources and the pursuit of self interest in production and consumption are duly respected. Yes, in its ideal form, the market is important and market incentives can indeed lead to desired outcomes. But in the real world, the market is neither all-pervasive nor does it have the answers to all economic problems. And it is not a magic wand that resolves all economic challenges. Importantly, if left unchecked market forces can yield socially deleterious outcomes. In the absence of the expected checks and balances (perfect competition, among others), the market system does not work perfectly and it results in poor resource allocation and exploitative practices.

The limitations of the free market system cannot be ignored. First, even if the free market were to work perfectly, it may not be ideal as it ignores issues of income distribution, more so as it concentrates on efficient flow of resources towards goods and services that consumers with means and ability to earn incomes will pay for. When the market goes too far in dominating social and political outcomes, the opportunities and rewards spread unequally and inequitably, concentrating power and wealth in a select group of people, or in the context of globalization, nations and corporations, marginalizing the others. In other words, the market system magnifies inequality in income distribution.

Secondly, under the market system, firms and consumers make their decisions on the basis of private benefits and costs and so they tend to ignore social costs and benefits. Where social costs and benefits deviate from private ones, market prices become suspect as guides to efficient resource allocation. Thirdly, and importantly, is the issue of monopolization and monopoly power and inadequate information that tend to characterise mostly African markets, Nigeria’s included.

These factors influence prices of products and factors of production in an upward direction and keep them out of line with production costs and long-run equilibrium. Consumers thus receive incorrect information about firms’ production costs while the holders of monopoly power act to promote their own interests at the expense of the society as a whole.

Nigerian markets, like those of most other African countries, do not provide an environment for the unfettered operation of market forces. In such markets, commodity, factor and financial markets (essential for mobilizing resources for development) are not only weak/underdeveloped or rudimentary and narrow but also poorly organised. The existence of “distorted prices” in such markets means that producers and consumers lack the necessary information to act in a way that is conducive to efficient production and distribution. While buyers are not able to buy what they want at the best possible prices, sellers get their rewards for inefficient production and marketing.

The incidence of market imperfections and market failure is highly prevalent in the Nigerian markets with the attendant distortions. These are reflected in collusive behaviour of market operators/merchants, lack of adequate market information coupled with the associated uncertainties confronting producers and consumers, absence of perfect competition and prevalence of monopolistic and oligopolistic practices. In the Nigerian product markets, for example, the activities of exploitative middlemen and market associations in different products and trades prevent prices from having any bearing with production costs. This suggests the existence of arbitrariness in commodities and factor services pricing in the country which has contributed significantly to the current raging inflation. In recent years, especially in the past one year, prices, particularly of goods with inelastic demand, have been hiked recklessly many times at a few days interval in a month; even when the trigger of the price hike is a temporary phenomenon, the hike is never reversed. The price hikes are initiated by producers, wholesalers and retailers even when there is no economic basis for doing so. As I had argued in the past, because of the numerous market imperfections, most prices in the markets are not only sticky downwards, they do not reflect production costs or purchase costs by middlemen; rather exploitation of consumers is rampant. Yet, there seems to be an erroneous belief that the market system in Nigeria is perfect, hence market operators are left to do what they like and in the process exploit consumers. But the system is not perfect as it is characterised by various imperfections which make prices not to reflect the costs of production of goods and services and hence worsen inflation even though other factors may be at work.

The implication of the above is that efforts to tame inflation should not be limited to tackling the known factors driving inflation – monetary and non-monetary factors including the legacy structural factors and insecurity. The search light should also be beamed on the arbitrariness of some economic agents (manufacturers, middlemen, retailers, various market unions/associations and various artisan associations, etc) in fixing prices. Most of the price increases do not reflect economic fundamentals. In some parts of the country, especially in the South, market unions hijack food supplies from the North and sell them at cut-throat prices to the retailers who then struggle to sell them because of the hiked prices. The same practice is perpetuated by artisan groups – masons, carpenters, vulcanizers, painters, iron benders, etc, who jack up prices as dictated by their associations to the chagrin of consumers. Pharmacies, retail shops, traders in the open markets do the same thing. While these oligopoly and monopolistic practices worsen the rate of inflation, the consumers look on helplessly unprotected. The question that comes to mind is where is the Federal Competition and Anti-Monopoly Commission? Sleeping? Refreshingly, a few State Governments are not sleeping. Sometime in 2021, some newspapers reported the action taken the by the Ondo State Government to tackle the nefarious role of market associations/unions in escalating inflation in the State. The Government promptly banned such associations/unions in Ondo State. This is something that other State Governments should take a cue from to check the activities of economic and social agents that thwart competition; they are economic saboteurs.

I must concede that market imperfections/failures do not completely erode the desirability of the interplay of market forces in the pricing of goods and services; rather their presence limits the extent of reliance on them and strengthens the case for some measure of government intervention as was done during the financial crisis in 2007/2008 which originated from the mortgage market crisis in the US. The market failed and the US government rescued or bailed out the market. The market challenges that followed the covid-19 pandemic in 2020 was also a kind of market failure which necessitated global governments to implements huge fiscal and monetary policy injections to rescue the economies out of recession. In Nigeria where most often markets do not always work well, it is important that where the government intervenes in markets, the key prices such as exchange rates, interest rates, and the prices of goods and services should be the correct ones in terms of reflecting opportunity cost. This is where the Federal Competition and Consumer Protection Commission (FCCPC) comes in. This Commission is the apex consumer protection Agency in Nigeria. It is the competition and consumer protection regulator empowered to prevent and prohibit anticompetitive practices, regulate mergers, takeovers and acquisitions and protect the interest and welfare of consumers. These are laudable objectives but actions towards their realisation are either non-existent or haphazardly implemented. Otherwise, how does one explain the situation that in spite of the existence of FCCPC, numerous anti-competitive practices occur in the country with impunity contributing notably to the accelerating inflation? The Commission should sit up and perform its role as expected.