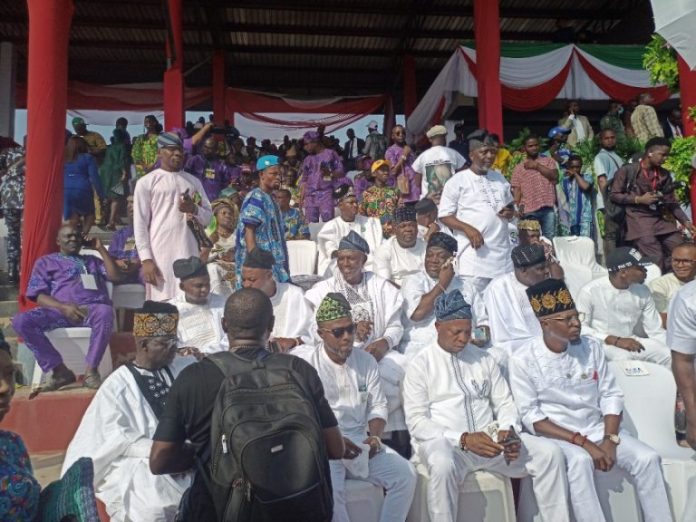 The Former Governor of Osun Province, Olagunsoye Oyinlola and his wife Omolola were among the first guests to arrive at the inauguration ceremony of Ademola Adeleke, the sixth governor-general of Osun Province.

TheFact daily reports that also seated inside the main bowl of the Osogbo City Stadium where the event is currently underway were dignitaries. Former Deputy Governors, Arelu Olusola Obada, Temi of Ade, Oba Muniru Lawal, and Atawja of Osogbo, Oba Jimoh Owetonji and others.

Speaking at the venue of the event, Owen Lola said Adeleke should be supported for a successful tenure:

“First of all, I want to thank God for being so merciful to the people of Osun State.

“I think the people of the state have experienced different types of administrations and I’m sure it was because they realized which one served them best that they decided to put the PDP back on the throne.

“It is a joy and I want to say on behalf of the Governor that we will not disappoint the aspirations of the people of Osun.

“We will give him everything he needs to succeed as governor of Osun State”, he said.