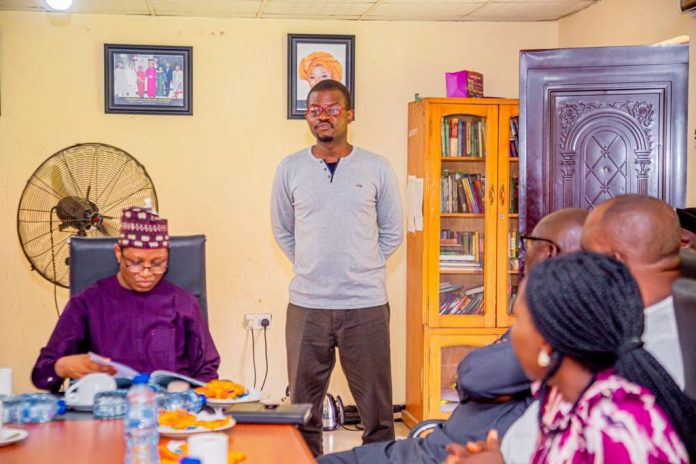 The Executive Secretary, Nigerian Christian Pilgrim Commission (NCPC), Rev Dr. Yakubu Pam has said that Pilgrimage was for prayers and supplications to God, not an escape route from the country.

According to a statement by the Head Media and Public Relations of the commission, Celestine Toruka, the NCPC boss made the assertion on Thursday in Lagos following the confessional statement of a returnee pilgrim, Mr Olajiire Ezekiel.

Ezikiel absconded in Israel in 2019 but was arrested on 6th May 2022 on his return to Nigeria by the security operatives.

Revd. Pam called on Nigerians to desist from anything that would make them use the Commission as a platform to abscond during Pilgrimage.

He stressed that the NCPC platform is only meant for christians to go on Pilgrimage in order to have an encounter with God.

He said that the Commission would religiously strive to eradicate abscondment in its entirety as it tarnishes the image of the country.

According to him,” all steps are being taken by the Commission to stop this monster”, he said.

He commended the efforts of the security operatives, specially the DSS, the Lagos State Christian Pilgrims Welfare Board and the NCPC officials for their coordinated efforts in achieving this feat.

He travelled as a Lagos State Pilgrim and their name were forwarded to the Department of State Services, DSS by NCPC and they were watch listed.

On his arrival on 6th May, 2022 following pressure being mounted on his guarantor by the officials of the Lagos State Christian Pilgrims Welfare Board, Mr Olajiire Ezekiel was immediately intercepted by the operatives of the DSS at the Murtala Muhammed International Airport, Lagos because his name pop-up on the watch list system.

He was detained at the DSS custody and his guarantor was made to pay the fine of 5000USD before he was granted bail.

NCPC would stop at nothing to achieve zero abscondment of pilgrims, the case of Mr Olajiire Ezekiel should serve as a deterrent to others.

It is also instructive to state that every absconded Pilgrim must be fished out by the security operatives on arrival in Nigeria no matter how long the pilgrim stays in the Holy land.

5G Network Will Aid Fight Against Insecurity In Nigeria -Pantami

"The Fact" is an Online News Media published by The Fact Nigeria Limited in January, 2020 to address the issue of Fake News by promoting objective reporting. As an independent and non-partisan group, the outfit has adopted an unbiased and investigative style of reporting to deliver complete and factual stories. As the mouthpiece of the vulnerables, the paper is out to check the activities of the powerful by holding them to account through credible, original and illuminating reports.
Contact us: thefactonline[email protected]
© Copyright 2021 - TheFact_NG
%d bloggers like this: