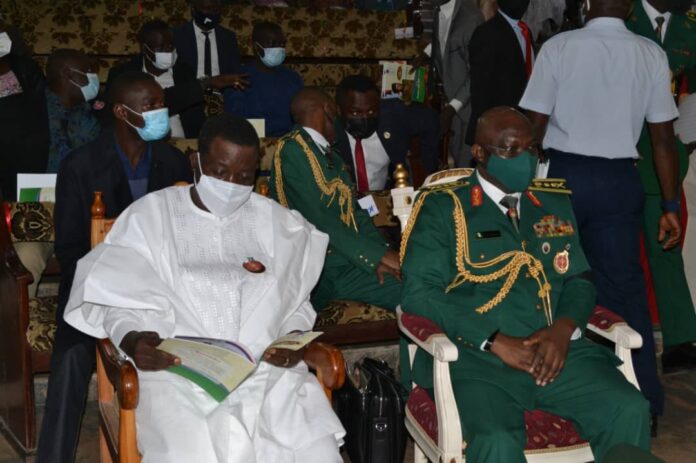 The Plateau State Government has indicated interest to immortalize the former Minister of Defence and Chief of Defence Staff (CDS), late General Domkat Yah Bali (rtd), who died December 4, 2020 at the age of 80.

The State Governor, Rt. Hon. Simon Lalong disclosed this at the funeral service and interment of the late General.

The governor described Gen. Bali as a patriotic Nigerian and a source of pride to Plateau State, adding that Gen Bali’s good legacies will remain with the people of Plateau for a very long period. He noted that “at the appropriate time the State will do the needful to keep his memories alive.”

Dr Simon Lalong maintained that Gen Bali was an advocate of peace who encouraged and promoted diversity, tolerance and harmonious coexistence. According to him, even in the most difficult moments of the state, Gen Bali worked behind the scene to give advice and solutions.

Meanwhile, the Minister of Defence, Major General Bashir Magashi (rtd) has showered encomium on the late Gen Bali for his commitment and dedication while serving in the Military as well as his meaningful contributions to peace, development and nation building.

“Gen Bali had a glorious career in the Nigerian Army and the Armed Forces which he served gallantly in different capacities as well as mentorship of many serving and retired officers,” the Minister noted.

He further explained that the demise of Gen Bali is a sad and trying moment for the AFN and the nation. According to him, “Bali was widely known for his uncommon loyalty to his country.” This he said, is a virtue which Nigeria demands from it’s citizens in this critical period.

Earlier, the Chief of Defense Staff (CDS) General Abayomi Gabriel Olonisakin, said the death of Domkat Bali was a great loss to the AFN, where he rose to the rank of General and occupied the prestigious position of Chairman, Joint Chief of Staff and Minister of Defence. his community, According to the CDS, “we are happy to gather in Gen Bali’s honour to celebrate his good legacies.”

The Chairman, Tarok Elders Council, Elder Selchang Miner, described Gen Bali as a man of uncommon humility and modesty which is worthy of emulation by all and sundry.

He further disclosed that “Gen Bali remains one of the greatest gifts to Tarok nation as his leadership style was quite intriguing and unarguably one of the best. He added that the former CDS was an unrepentant peace advocate who stood for peace until his demise.

The Vice President, Church of Christ in Nations (COCIN) Rev. Obed Dashan, in his sermon prayed for God to grant General Bali eternal rest and the family the strength to bear the loss. He however, urged Nigerians to be morally upright and committed towards ensuring a Nigeria of our dream. 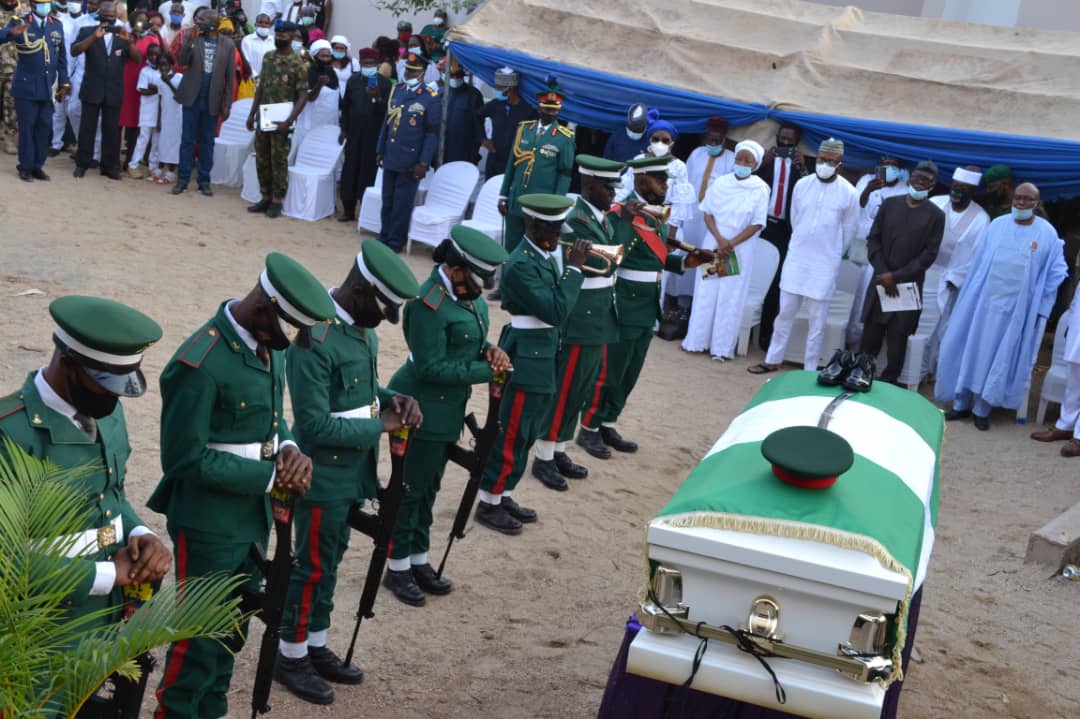 The funeral ceremony was attended by family members, friends and sympathizers from all walks of life, both within and outside the shores of Nigeria, who came to bid the late General farewell.

Among the dignitaries that graced the funeral service and interment were Senator’s Jonah Jang, Jeremiah Useni as well as General Martin Luther Agwai (rtd) and former Chief of Air Staff, Air Marshal Jonah Wuyep (rtd). The Chief of Army Staff, Naval Staff and the Chief of Air Staff were equally represented at the event.

Highlight of the occasion was the laying of wreaths by the Minister of Defence, Gen Bashir Magashi, the CDS and the widow of the late General, Mrs Esther Bali who was presented with the National flag by the CDS, Gen Olonisakin.

Born on 27 of February 1940, the late Gen Domkat Bali was admitted into the Nigerian Military College in 1961 and was commissioned Second Lieutenant in the Nigerian Army in 1963. He was appointed Minister of Defence in 1984 and CDS in 1985.

The former CDS is the author of the books
titled, “War Cries” and “Artillery for Bali.”