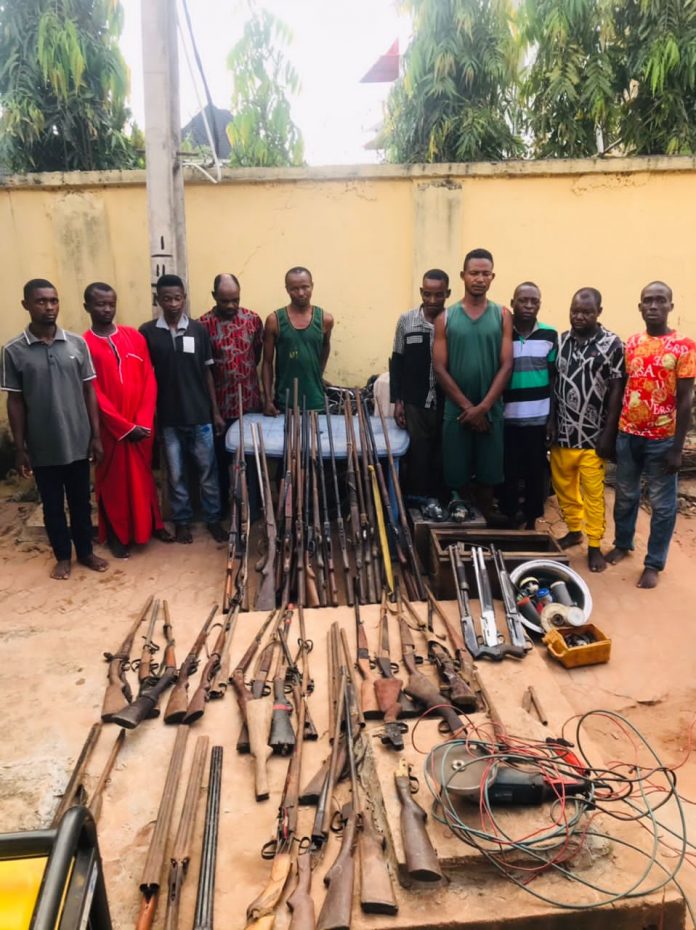 Operatives of the Delta State Police Command have neutralized a syndicate specialized in the manufacture of locally made guns and other arms.

The State Police Command’s spokesman, DSP Bright Edafe disclosed this in a statement on Wednesday, 02 November, 2022.

TheFact Daily reports that the Commissioner of Police in the State, CP Ari Muhammed Ali, upon receiving credible intelligence about the syndicate, detailed the State Anti-Cult Unit (SACU) to carry out intensive raids in the said area.

The syndicate’s suspected ring leader, one Peter Okolie, aged 58, alongside nine 9 others, all from Agba Quarters, Emuhu, were arrested, with exhibits taken into custody as investigation is ongoing.

Meanwhile, CP Ali, while assuring residents in the State that the Command will not relent in the fight against crime and criminality, further noted that proactive policing and community police were key elements in this fight.

He adjured all to continue to partner with the Command by giving useful, timely and credible information that will help the Command to nip crime in the bud.

Democracy Day 2020: The Nigerian Capital Market On My Mind