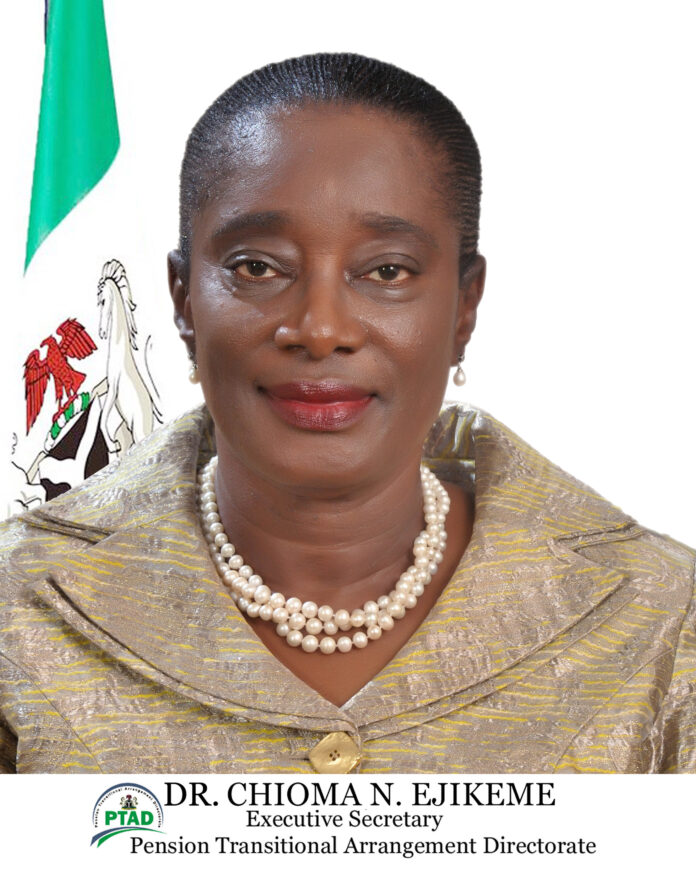 The Executive Secretary Pension Transitional Arrangement Directorate (PTAD), Dr. Chioma Ejikeme, has congratulated two (2) acting directors on the confirmation of their appointment and fifteen (15) PTAD staff on their success in the 2020 Promotion Exercise.

The successful officers range from the junior to senior cadre while the acting appointments of two Directors were confirmed by the Honorable Minister of Finance, Budget and National Planning, Zainab Ahmed.

In her congratulatory message, Dr Ejikeme explained that the process has again re-affirmed that Management is committed to recognizing hard work and career progression of PTAD Staff, adding that it is also an elevation to higher level of responsibility to the service.

She further stated that management is looking forward to more commitment that will justify the confidence reposed in them.

The Executive Secretary also encouraged officers who were not successful in the exercise not to be demoralized on the outcome of the result but to work hard in the next promotion exercise.

She charged successful staff to work as a team and bring new ideas and innovation to the system that will further strengthen the activities of the Directorate.