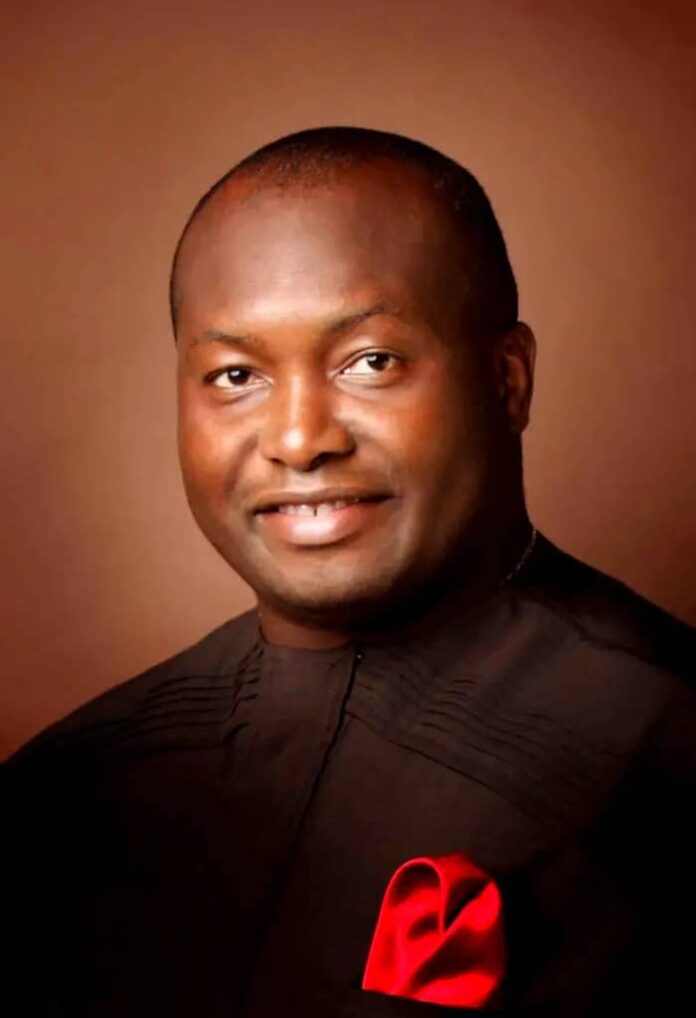 The Senator representing Anambra South Senatorial District in the National Assembly, Ifeanyi Ubah, has emerged as the candidate of the Young Progressives Party (YPP) for the forthcoming November 6 governorship election in Anambra State.

Senator Ubah who spoke with journalists shortly after he was declared the party’s candidate at the YPP national headquarters in Abuja on Thursday, allayed the fears of Nigerians that the South-East crisis would in any way, disrupt the governorship election

He was positive that the current insecurity in the region would not affect the conduct of the poll and that his party, (YPP) would emerge the winner.

Ubah also said that contrary to insinuations in some quarters, the party was not behind the crisis rocking the Peoples Democratic Party (PDP) and the All Progressives Grand Alliance (APGA) in the state .

“If other parties are having crisis, it means their processes are not right. As you can see in YPP, we are moving with the speed of light,” he said.

He said that the YPP gave APGA and PDP a hot chase and came out victorious during the Anambra South senatorial election in the state.

He said: ”I am representing my Constituency well in the Senate. My Bill for Deep Offshore is giving Nigeria above N700 billion annually.

“We are unique in YPP and Anambra will see a new rave of hope. We are expecting a smooth election and ready to take over the governorship seat in Anambra”.

Why We Voted Against e-Transmission Of Election Results- Senate President