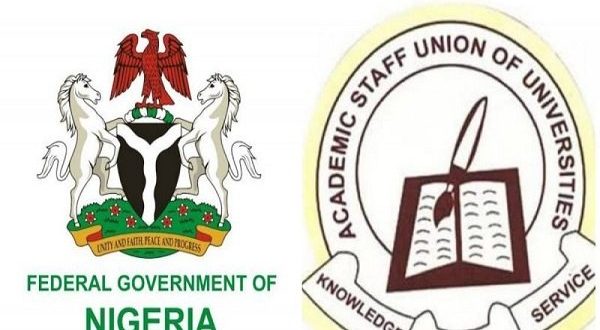 The Federal Government, through the National Universities Commission (NUC) has recalled an earlier directive to Vice Chancellors of public universities to reopen the institutions in obedience to an order of the National Industrial Court.

NUC, in a letter to all Pro-Chancellors and Chairmen of University Councils as well as Vice-Chancellors of federal universities, on Monday, ordered the withdrawal of its earlier circular with REF: NUC/ES/138/VOL.64/135 dated 23rd September 2022, which mandated the institutions to reopen.

The letter signed by the Commission’s Director of Finance and Accounts, Mr. Sam M. Onazi, on behalf of the Executive Secretary, Prof Abubakar Rasheed, was titled “Re: Forwarding of Court Judgement and Enforcement of Order by the National Industrial Court of Nigeria (NICN) in Suit No. NICN/ABJ/270/2022: Withdrawal of Circular ref: NUC/ES/138/VOL.64/135 dated 23rd September 2022.

“I have been directed to withdraw the National Universities Commission (NUC) Circular Ref: NUC/ES/138/Vol.64/135, and dated 23 September 2022 on the above subject. Consequently, the said Circular stands withdrawn.

“All Pro-Chancellors and Chairmen of Governing Councils, as well as Vice Chancellors of Federal Universities are to please note. Further development and information would be communicated to all relevant stakeholders,” the letter read.

The Federal Government had issued a circular to all Vice-Chancellors of public universities and attached a “self-explanatory letter Ref. FME/LU/HQ/S/1094/22/T/29, dated 23rd September, 2022 and the Enrolment Order of the National Industrial Court of Nigeria (NICN) on the above referenced Suit, as directed by the Honourable Minister of Education.”

The attached letter which was signed on behalf of the Minister of Education, Mallam Adamu Adamu, by the Officer Overseeing the Office of the Permanent Secretary, OOPS/Director, Special Duties and Projects, Dr. Martina E. Nwordu read:

“The Motion on Notice prayed for the NICN to grant an Interlocutory Injunction restraining the ASUU by themselves, members, agents, servants privies or howsoever called from taking further steps and doing any act or otherwise continuing with the indefinite strike or any strike action pending the hearing and determination of the suite/referral on the matter by the NICN.

“On September 21, the NICN granted the Order restraining ASUU as prayed from taking further steps and doing any act or otherwise continuing with the indefinite strike or any strike action pending the hearing and determination of the suite/referral on the matter by the NICN. The Court Judgement and Order are attached.

“Considering the above Order by the NICN and as a matter of national interest. am directed to request that National Universities Commission, Vice -Chancellors of Nigerian Universities, and any other relevant Officer or Body be directed to:

To this, the ASUU President, Emmanuel Osodeke, in a telephone interview replied:

“We like to live in dreamland. I’m surprised that in Nigeria, people could be reasoning that way in the ministry (Federal Ministry of Education). Instead of you resolving the problem, you’re getting the teachers back to teach by force. To teach what? It’s so bad.

“It hasn’t got to this level in our history that we see things in this way, that the best way to get the lecturers to the classroom is to force them to go and teach. It doesn’t concern us, they can reopen the universities whenever they like because they were never closed. It is Senate that can open and close the universities, not the government directly.”