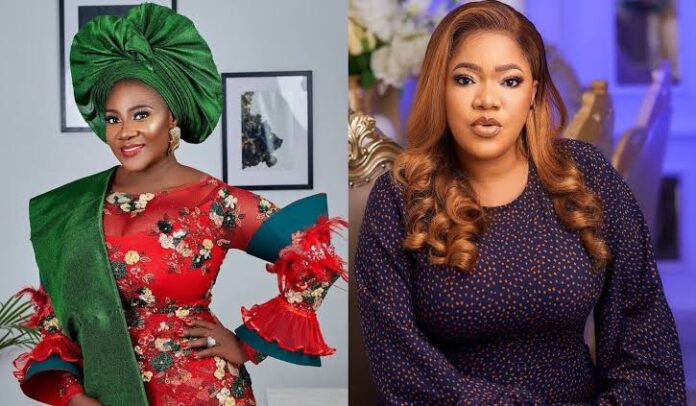 Popular Nollywood actress, Mercy Johnson-Okojie and her colleague, Toyin Abraham took to their social media handle to give their fans a teaser for Toyin’s new movie, “The ghost and tout 2”, a sequel of the first.

The first sequel of The Ghost and Tout, was released in May 2018 the movie features Isila (Toyin Abraham), a young woman from the ghetto, that encounters a ghost called Mike.

Mike was in need of her assistance to communicate with the people he left behind. She becomes tangled and puzzled in solving a murder mystery.

After Toyin Abraham and Mercy shared the teaser, Nigerians took to their comment section to gag and express how much they anticipate the release of the movie.

The sequel will be released in September. Watch the teaser below: