TheFact Daily
Home Features Twitter Ban In Nigeria: How Long Do We Have To Wait? 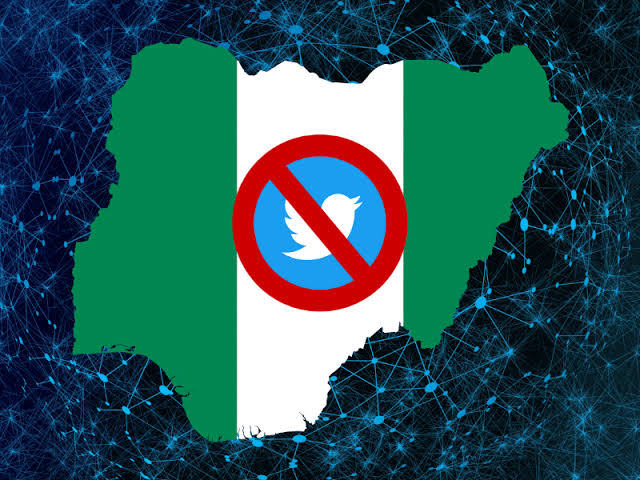 On June 4, the President Muhammadu Buhari-led administration banned the use of Twitter in the country, after the company deleted a controversial post where the president was said to have threatened to punish regional agitators.

Secifically, the “offensive” tweet read thus: “those who misbehave today” in “the language they will understand,”.

The statement, according to Twitter, was an infringement on user rules, in a bid to prevent possible outbreak of violence in the society.

Barely twenty four hours after the announcement, Telecommunications companies ignited the process of blocking access to the micro-blogging site,upon directive from the Nigerian Communications Commission( NCC).

Amidst the spontaneous uproar that greeted the suspension, the federal government had cited the persistent use of the platform for activities it claimed were capable of undermining the nation’s corporate existence.

Those who criticised government’s action argued that the development was aimed at muzzling free speech, same coming few months after the historic #EndSARS protests, which sent shivers down the spine of authorities.

It will be safe to also recall that,through the instrumentality of Twitter, the #BringBackOurGirls – a campaign instigated by activities to hasten the rescue of abducted schoolgirls of Government Girls Secondary School in Chibok, Borno State in April, 2014 – gained impressive mileage.

Among the organisation’s that condemned the suspension of activities of the US-based organisation, was Amnesty International like(AI), British and Canadian missions, and the Swedish Embassy in Nigeria.Also , the Socio-Economic Rights and Accountability Project (SERAP), and the Nigerian Bar Association indicated their respective intentions to challenge the ban in court.

In the face of this, however, the Minister of information and culture, Lai Mohammed sometime in August, announced that the temporary ban on Twitter would soon be lifted.

He said the decision to cause a temporary lifting of the ban onTwitter, followed the resolve of the latter to accept seven of the government’s ten-point demands, even as he added that the remaining thorny points had to do with the establishment of a local office, taxes and the regulation of tweets.

The position of Mohammed was validated by President Muhammadu Buhar, in his 2021 Independence Day So, wherein he had said that twitter had reached out to the government, with a view to resolving the logjam. Notwithstanding, the President insisted that Twitter must meet the five conditions before the suspension of the social media platform will be lifted.

He listed the conditions to include, that Twitter must pay attention to national security and cohesion; registration, physical presence and representation in Nigeria; fair taxation; dispute resolution and local content.

Buhari had said, among others: “As a country, we are committed to ensuring that digital companies use their platform to enhance the lives of our citizens, respect Nigeria’s sovereignty, cultural values and promote online safety.

“Following the extensive engagements, the issues are being addressed, and I have directed that the suspension be lifted but only if the conditions are met to allow our citizens continue the use of the platform for business and positive engagements”.

Barely a month after the president’s outing, his minister of state for Labour and Employment, Festus Keyamo (SAN) who, incidentally, was part of the federal government’s dialogue team, had made a claim to the effect, that Twitter had agreed to all the terms and conditions set by government to hasten unbanning,, with “timelines” as the only hiccup.

“Once those timelines come and they fulfill those conditions, Twitter will be back to business in Nigeria. They know exactly what we want. And these are things that are extremely altruistic”, Keyamo said.

He added the microblogging platform has agreed to pay taxes to the Nigerian government, as well as setting up a physical office in Nigeria where users can take their complaints to.

While this lasted, Nigerians devised means to access the site through the Virtual Private Networks( VPN), a veritable platform that allows users to share their opinions on other apps, like Indian-based microblogging site Koo.

Meanwhile, Koo has taken full advantage of the ban on Twitter by finalising plans to register formally in Nigeria . Already, it is gaining acceptance in government circles.

The Koo team in September announced that it would register with the Corporate Affairs Commission (CAC) this quarter and begin to pay taxes as required by the law.

The firm explained that part of the service is to ensure that local Nigerian languages including Igbo, Hausa, Yoruba, pidgin, Tiv, Fulfulde and others with large populations feature on the platform.

NetBlocks, a watchdog organisation that monitors cyber-security and governance of the Internet, has estimated that Nigeria loses at least $6million USD daily, as a result of the ban.

The bite of the ban since then, no doubt, has impacted negatively on businesses, especially the Small and Medium-scale Enterprises (SMEs), as well as governments at different levels.

They have continued to bear the brunt of the suspension, while the economy takes a turn for the worse, literally speaking. This is in addition to the untold hardship it may have brought on Nigerians, especially those in the online community.

Entrepreneurs and vendors who were able to gain visibility through social media campaigns, viral tweets, content creators, and marketers who have built a career out of running those campaigns are all going out of business.

The ban has also affected Nigeria’s growth, as foreign investors has diverted businesses and funding to other African countries, jeopardising Nigeria’s role as the unofficial tech hub of Africa.

Twitter chose Ghana for its regional headquarters even though Ghana has a much smaller population and economy than Nigeria but was perceived to have an attractive environment for external investors.

Nonetheless, experts believe that when the ban is eventually lifted, it will be a relief to all those businesses that have been negatively impacted, as well as government agencies and workers – both at the Federal, state and local government levels – that hitherto relied on Twitter as a platform for immediate information dissemination and engaging with their networks, to discharge their mandates in a seamless manner.