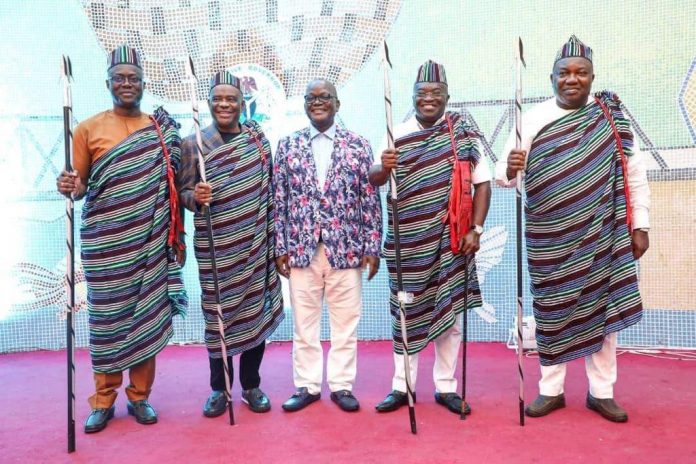 The Rivers State Governor Wike Nyesom and other counter governors who make up the G5 of the People’s Democratic Party (PDP) were in Makurdi the Benue state capital today, to show support for its member the governor of Benue state, Samuel Ortom

The G5 governor’s who were hosted to dinner by the state governor as they continued to insist on the resignation of the party national chairman senator Iyorchia Ayu, as a precondition for supporting the PDP presidential candidate Atiku Abubakar in the 2023 general election.

TheFact daily reports that Wike said the five governors will remain united to each other until their demand is met and that they were in Benue state to support Ortom who the party national chairman had said he would stop him and others who were not supporting the presidential candidate in the 2023 election.

The G5 constitutes governors who had proven quality leadership in their various states and had promised to remain united until their demand is met. They are Seyi Makinde of Oyo state, Ifeanyi Ugwanyi of Enugu state, Wike Nyesom Of Rivers State, Okezie Ikpeazu of Abia state and the host governor Samuel Ortom.