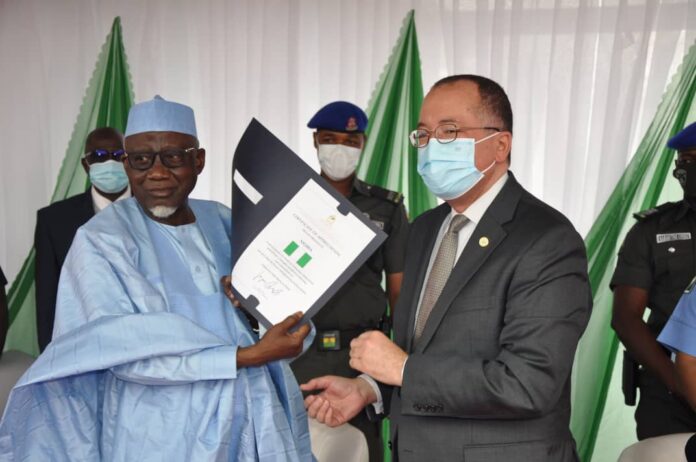 The Centre, which is situated at the INTERPOL National Central Bureau NCB, office, Force Headquarters, Abuja, was launched Wednesday, 26 May, by the Minister of Police Affairs, Mohammed Maigari Dingyadi in company of the Inspector-General of Police, Ag. IGP Usman Alkali Baba, representatives of INTERPOL, European Union, EU, and ECOWAS.

The Minister, in his address, noted that the Centre would provide an integrated platform for national, regional and global police data exchange.

The Minister further gave assurances that the Centre would address security threats including transnational organized crimes and terrorism in ECOWAS member States and Mauritania.

The IGP affirmed that the establishment of WAPIS Data Collection and Recording (DACORE) Centre in Nigeria is part of efforts by the leadership of the NPF to galvanize a multinational front and sustain international collaboration and partnership with police organizations across the world.

He noted that the Centre will ensure effective intelligence sharing in combatting security challenges – terrorism, violent extremism, kidnapping, piracy, armed conflict, illicit flow of small arms and light weapons, human trafficking and  illicit trade of drugs amongst other prevailing and emerging security threats in Nigeria, the West African sub-region and the Global community. 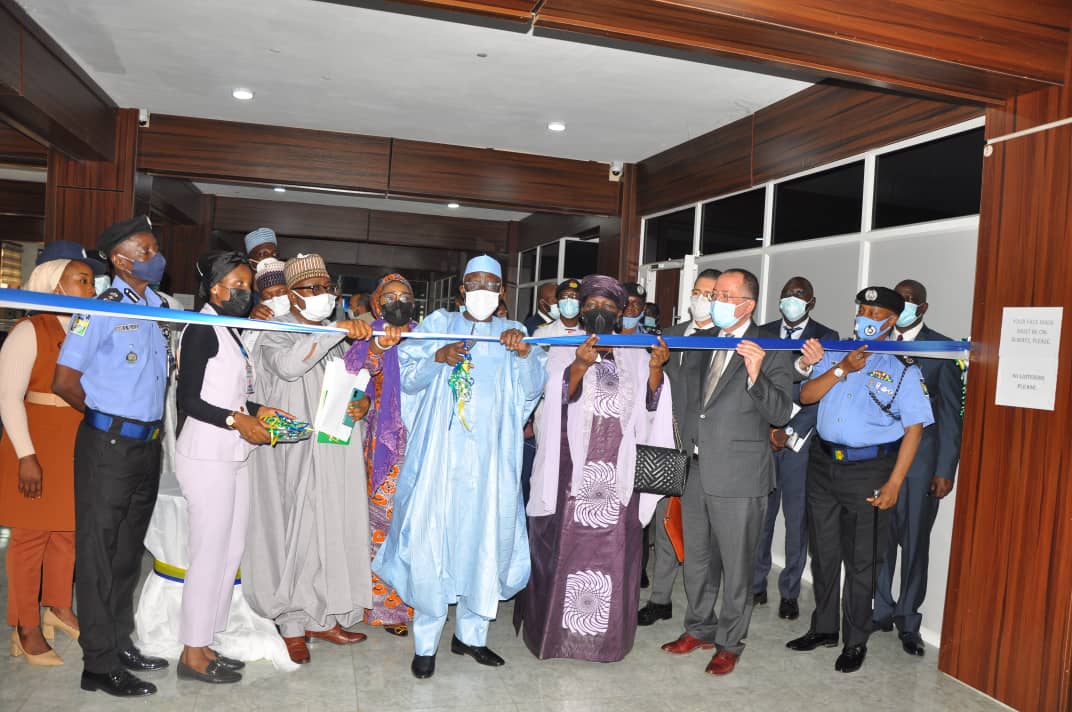 At the commissioning, the Secretary General of INTERPOL, represented by Mr. Carl Alexandre, Executive Director, Partnership and Programs, INTERPOL, emphasized the importance of effective police information exchange within the African region, as well as between the region and the rest of the world through INTERPOL secure communication channel.

Similarly, European Union (EU) Ambassador to Nigeria represented by EU Deputy Head of Delegation to Nigeria and ECOWAS, Alexandre Borges Gomes, stressed the necessity of a digitalization of police services to improve the quality and transparency of police officers in the fight against crimes and criminality.

The President of the ECOWAS Commission was also represented by the vice-president of the Commission, Mrs Finda Koroma, who remarked that one of the main challenges in fighting transnational organized crime is the lack of appropriate infrastructure to collect, store, manage, analyze and share criminal data among law enforcement agencies, which WAPIS will help address.

The IGP assured that the WAPIS Centre Nigeria will be effectively utilized for coordinated collection, storage and real-time sharing of criminal data, movement of persons and goods, and border security, for prompt crime detection, prevention, prosecution, rehabilitation and projection.

Other dignitaries at the event were the Chairman, Police Service Commission, Musiliu Smith, members of the Diplomatic Corps, Director General of NAPTIP, Mrs. Imaan Sulaiman-Ibrahim, Comptroller-General of Nigeria Immigration Service represented by DCG CW Adepoju, and other Heads of security agencies duly represented, amongst others.