2021 seems to be one of the best years for Nigerian music superstar, Wizkid as he keeps achieving greater heights with his music locally and internationally.

The award-winning singer who is currently preparing for his Made In Lagos concert in the UK took to his social media page some moments ago to reveal that tickets to his concert in December at the O2 Arena in London got sold out in just 35 minutes.

This is neither the first nor the second time the singer will be having his concert tickets at the O2 Arena sold out minutes after it is opened for sale.

He is one of the top Nigerian artiste who has massive audience globally anticipating to watch him perform.

Selling out his concert in just 35 minutes is a record on its own but selling out tickets to the O2 Arena in London consecutively for the third time is another huge record.

Hands Up for Wizkid! 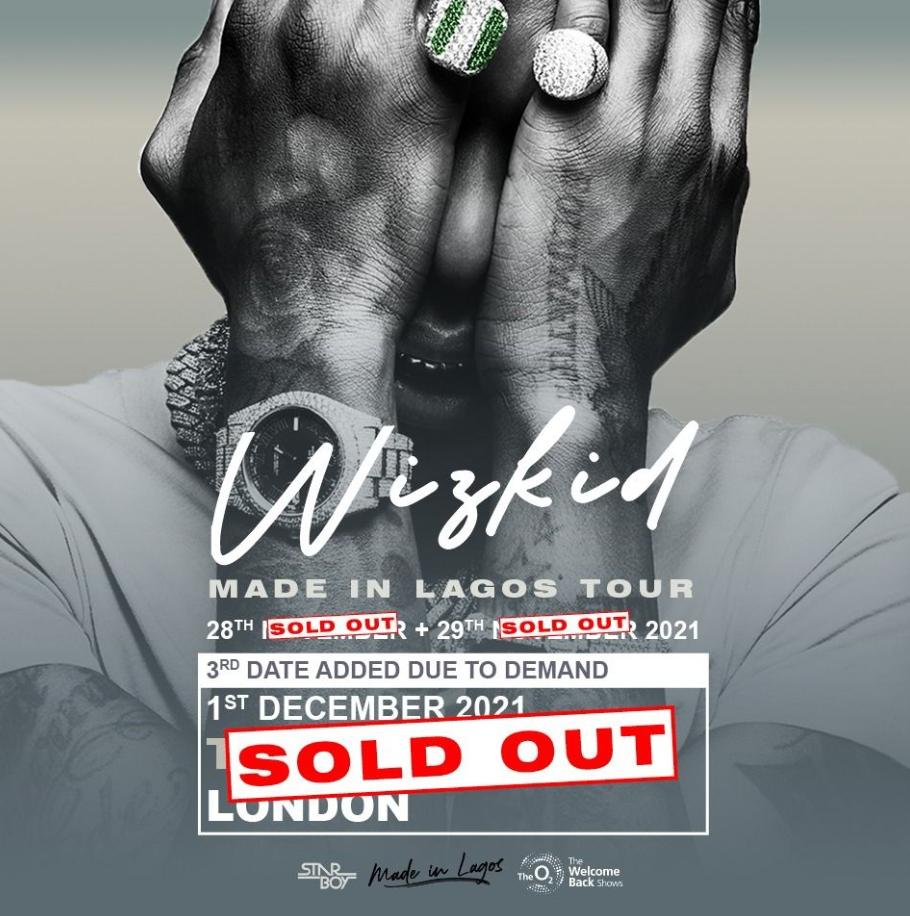