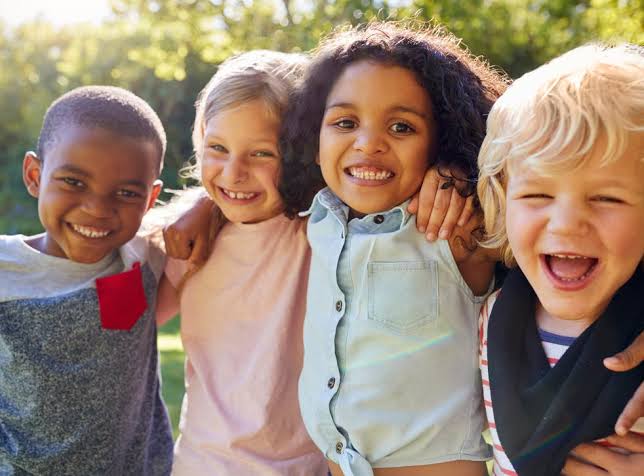 The United Nations Children’s Fund (UNICEF) has called on countries to put an end to discrimination against children, saying it impacts negatively on their education, health, and access to government resources.

UNICEF made the call in a statement issued on Saturday, November 19, 2022 to commemorate this year’s World Children’s Day.

It said, “according to a new UNICEF report published ahead of World Children’s Day, discrimination against children based on ethnicity, language, and religion are rife in countries worldwide”.

It added that the impact of discrimination on children showed the extent to which racism and discrimination impact children’s education, health, access to a registered birth, and a fair and equal justice system, and highlights widespread disparities among minority and ethnic groups.

In response, UNICEF Executive Director, Catherine Russell, called for an end to racism and discrimination, saying that was the surest way to build a more peaceful, prosperous, and just world for everyone:

“Systemic racism and discrimination put children at risk of deprivation and exclusion that can last a lifetime.

“This hurts us all. Protecting the rights of every child – whoever they are, wherever they come from – is the surest way to build a more peaceful, prosperous, and just world for everyone”, Russell advised.

UNICEF, in its statement disclosed that, new findings, from its latest report showed that children from marginalized ethnic, language and religious groups in an analysis of 22 countries lagged far behind their peers in reading skills.

It further informed that, Nigeria had 18.3 million children who were not in school, and a high number of children attending schools but not getting a solid education that could translate into good prospects for their future.

It also noted that, while the crisis affects children across the country, girls, children with disabilities, children from the poorest households, street children, and children affected by displacement or emergencies were affected more.

In addition, UNICEF said discrimination and exclusion deepen intergenerational deprivation and poverty and result in poorer health, nutrition, and learning outcomes for children, a higher likelihood of incarceration, higher rates of pregnancy among adolescent girls, and lower employment rates and earnings in adulthood.

The Fund, also informed that, while COVID-19 exposed deep injustices and discrimination across the world, and the impacts of climate change and conflict continued to reveal inequities in many countries, the report highlights how discrimination and exclusion had long persisted for millions of children from ethnic and minority groups and children living with disabilities, including access to immunization, water and sanitation services, and a fair justice system.

Russell, in her goodwill message said, “on World Children’s Day and every day, every child has the right to be included, to be protected, and to have an equal chance to reach their full potential.

“All of us have the power to fight discrimination against children – in our countries, our communities, our schools, our homes, and our hearts. We need to use that power.”

World Children’s Day was first established in 1954 as Universal Children’s Day and is celebrated on 20 November each year to promote international togetherness, awareness among children worldwide, and improving children’s welfare.