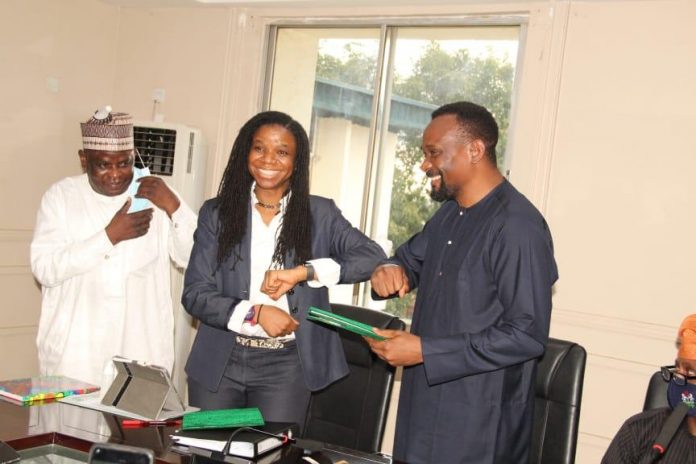 This was disclosed in an information made available from the NIPC.

TheFact Nigeria gathered that Ms Sadiku handed over to the most senior Director of the Commission, Mr Emeka Offor on Friday 24 September, 2021.

Mr. Offor until the handover, was and still is the Director of Human Resources Management in the Commission.

The hand-over ceremony was held at the Federal Ministry of Industry, Trade and Investment.

It was supervised by the Minister of State in the Ministry, Ambassador Maryam Katagum.

In an interview with the crew of NIPC Intelligence team ahead of the completion of her five year tenure, Ms Yewande Sadiku spoke on various topics including her achievements as NIPC boss and her public sector experience.

She said: “I joined NIPC on the 8th of November 2016, in the 3 years before I Joined NIPc there had been 5 substantive and 2 active executive secretaries.

“I went through a series of methods to find the right kind of people in NIPC interested in doing the work, I am particularly proud of the fact because I did not come here with aides or assistant, I worked with the people I met. 5 years later, I will say we have made material achievements in that period.

“The fact that all of the work that was done over that period was done with the same people that I met is a clear demonstration that there is capacity, latent but possible, in the public sector”.