The Federal Government has faulted the Cable New Network (CNN) and Amnesty International, reports on October 20,2020 massacre, insisting no protester was shot at the Lekki Tollgate in Lagos.

The Minister of Information and Culture, Lai Mohammed, made the claim at a conference held on the anniversary of the incident in Abuja.

TheFact Nigeria recalled that youths who had gathered at the Lekki tollgate in protest against bad governance and police brutality were dispersed by armed soldiers on October 20, 2020.

The organizers of the protest said some of members who came out to demand good governance were killed at the tollgate.

However the minister of information insisted that what happened at the tollgate was a “phantom massacre.”

He said, “Today marks the first anniversary of the phantom massacre at Lekki Toll Gate in Lagos, which was the culmination of an otherwise peaceful protest that was later hijacked by hoodlums. At earlier press conferences, I had called the reported massacre at the toll gate the first massacre in the world without blood or bodies.

“Sadly, the champions of a massacre at the Lekki Toll Gate, including Amnesty International and CNN, have continued to shamelessly hold on to their unproven stand. Recall, gentlemen, that after bandying different figures, Amnesty International finally settled at about 12 people killed. On its part, CNN went from 38 people killed to two to just one, after a supposed global exclusive even when the network had no reporter on ground at the Lekki tollgate on Oct. 20th 2020.

“On Monday, the Judicial Panel of Inquiry that was set up by the Lagos State Government after the EndSARS protest wrapped up its sitting. During the sitting, CNN was summoned but it never showed up, thus missing a great opportunity to prove its allegation of massacre at the tollgate.

“Also, Amnesty International had a golden opportunity to convince the world, but it rather opted for issuing meaningless press releases.

“In its latest attempt to grasp at straws and redeem whatever is left of its battered credibility on this issue, CNN has continued with its baseless report that soldiers shot at protesters. In a report currently running on the network, CNN brazenly and unashamedly held on to its flawed narrative, relying on an unidentified mother whose son was reportedly shot dead at Lekki, but without convincing evidence of who shot him dead.

“The same CNN that tweeted on Oct. 23rd 2020 that 38 people were shot dead at Lekki is now struggling to convince the world that one boy was killed at Lekki. What a shame!”

According to the minister , the experts, in their testimony, said inter alia: ”The Team finds that from the medical data examined, including the timeline of arrival at medical facility and the nature of the injuries sustained by the victims, who were taken to the 5 medical facilities, that no military grade live ammunition (high-velocity) was fired at the protesters (emphasis mine) at Lekki Tollgate on 20th October 2020, within the timeframe of reference (18.30-20.34hrs). That the GSW (Gun Shot Wounds) injuries (4 in number between 19:05 and 19:45 hrs), which were examined by the Team, can be safely identified as being discharged by either low-velocity calibre and/or artisanal/12-gauge firearms (artisanal firearms are locally-fabricated weapons). 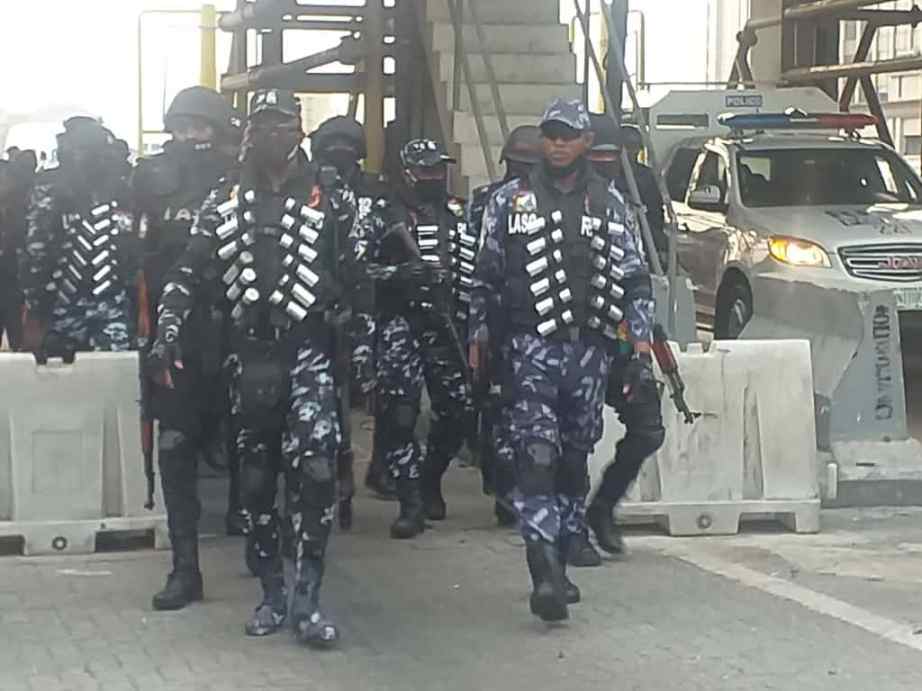 “What is, however, certain is that had the military personnel deliberately fired military-grade live ammunition directly at the protesters; there would have been significantly more fatalities and catastrophic injuries recorded. This was clearly not the case. (emphasis mine).”

He said the US State Department, in its 2020 Country Report on Human Rights Practices, wrote:

“On Oct. 20th (2020), members of the security forces enforced curfew by FIRING SHOTS INTO THE AIR (emphasis mine) to disperse protesters, who had gathered at the Lekki Toll Gate in Lagos to protest abusive practices by the Nigeria Police Force Special Anti-Robbery Squad (SARS)

“Accurate information on fatalities resulting from the shooting was not available at year’s end. Amnesty International reported 10 persons died during the event, but the government disputed Amnesty’s Report, and NO OTHER ORGANISATION WAS ABLE TO VERIFY THE CLAIM (emphasis mine).”

The Minister who reiterated what the Federal Government said a year ago said, “The military did not shoot at protesters at the Lekki Tollgate on Oct. 20th 2020, and there was no massacre at the toll gate. The only ‘massacre’ recorded was in the social media, hence there were neither bodies nor blood.

“Amnesty International, CNN, a runaway DJ and others like them should apologise for misleading the world that there was a massacre at the Lekki Tollgate and for portraying the Nigerian military, police and other security agencies in bad light.

“CNN acted unprofessionally by relying on unverified, and possibly-doctored social media videos, as well as other open-source information, to conclude that a massacre took place at the toll gate.

“The Federal Government remains proud of the security agencies for acting professionally and showing utmost restraint all through the EndSARS protest and the ensuing violence, an action that saved lives and properties.

“The six soldiers and 37 policemen who died during the EndSARS protests are human beings with families, even though the Human Rights Organisations and CNN simply ignored their deaths, choosing instead to trumpet a phantom massacre.”