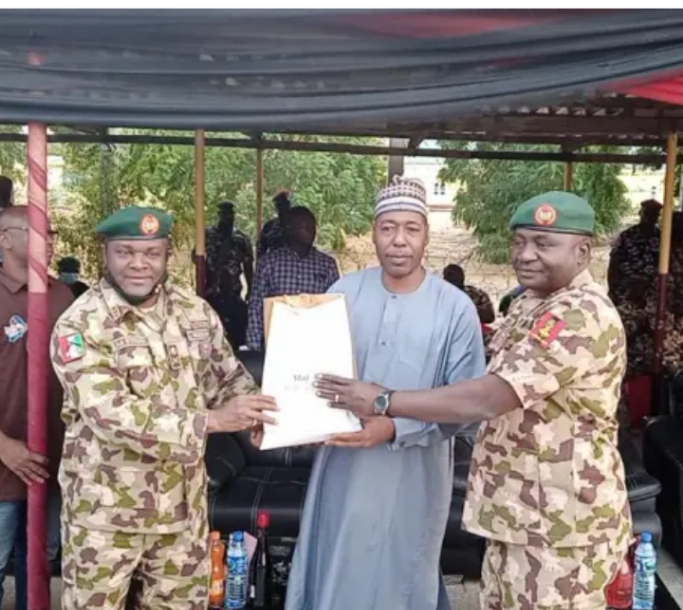 Governor Babagana Zulum of Borno State has reassured the commitment of the State government to synergize with the military to bring an end to the menace of insurgency and terrorism.

The Governor made the commitment at a ceremony to celebrate the acting General officer Commanding GOC 7 Division Nigerian Army, Major General Adelokun Abdulwahab Eyitayo, on his recent promotion to 2-star General, held at Maimalari cantonment, Maiduguri.

TheFact Nigeria notes Governor Zulum’s notion that Federal Government alone cannot address the myriad of insecurity in the country, and that States, Local Governments and citizens have critical roles to play in achieving peace in troubled areas.

He explained that building resilience of returning communities ravaged by insurgency and providing them with means of livelihood will greatly help in ending the crisis.

Governor Babagana Zulum acknowledged the huge sacrifice the military is making in securing the country and advocated for increased salaries and allowances to enable them perform better.