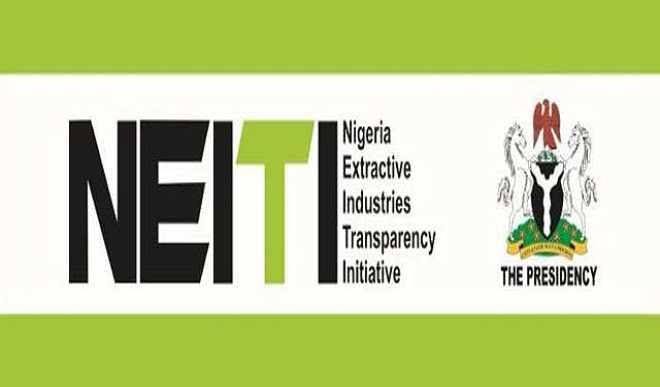 Over two thousand companies operating in Nigeria’s solid minerals industry are indebted to the federation to over N2.76billion.

This is according to the latest report of the sector by the Nigeria Extractive Industries Transparency Initiative (NEITI) for the year 2020.

In a statement in Abuja to announce the release of the 2020 solid minerals report, NEITI stated that the companies’ liabilities resulted from failure on the part of 2,119 companies to pay statutory annual service fees for respective mineral titles.

The Report stated that 6,010 existing solid mineral titles were valid as of 31st December 2020, while 7,605 mining titles were issued in the industry in the past five years.

Presenting the Report before its multi-stakeholders in Abuja, the Executive Secretary of NEITI, Dr Orji Ogbonnaya Orji, stressed that at this time that the government is in a desperate search for revenues to finance the widening budget deficits, NEITI is determined to use its reports to disclose potential revenue recoveries that are awaiting immediate action by the relevant government agencies.

“It is of interest to NEITI that every kobo counts to reduce government financial burden, and our reports will continue to provide useful information and data on who owes what in the oil, gas and mining sector. This is another impact that our reports will pursue in line with our mandate,” Dr Orji declared.

He announced that the total revenue contributions from the sector in 2020 rose to N128.27billion, an increase of over 54% from the N74.85billion recorded in 2019 despite the Covid-19 pandemic.

Highlights of the NEITI Report showed that the sum of ₦8.89billion was shared to the federating units as solid minerals revenue in 2020. Breakdown of the figure shows that the Federal government received N4.07billion (45.83%), states and local governments received N2.07billion and N1.59billion (23.25%; 17.92%) respectively while N1.16 billion (13%) was recorded as derivation share.

It also examined the governance and process issues in the sector, outlined key findings and made far-reaching recommendations that require urgent remedies.

For instance, it disclosed that 71.1 million metric tons of minerals were produced in 2020. A breakdown of the total production showed that granite, limestone, sand and laterite were the highest contributors to minerals royalty payments recorded within the period.

NEITI further disclosed that five states of the Federation topped the table, contributing 66% of solid minerals produced in the country that year. The first state is Ogun, followed by Kogi, Cross River, Edo and Bayelsa States.

On companies’ activities that shaped business investments in the solid minerals sector, the NEITI report identified Dangote Cement Plc as the first, followed by Lafarge Plc, BUA International and Dantata and Sawoe with the highest production accounting for about 64% of the total mineral production volume in 2020.

NEITI further disclosed that total minerals exports in 2020 were 32.99 million tons valued at $42.46 million while China with 80% of the total exports remained the major destination for Nigeria’s solid minerals exports.

From the report, a total of N3.87billion was recorded in 2020 as social expenditure, representing an increase of 49% over the amount expended for the same purpose in 2019.

Besides, N5.8 million was documented as environmental expenditure by three (3) companies in the year, while information on Community Development Agreements was not disclosed.

The Report further revealed that out of Nigeria’s total GDP of N152.32 trillion in 2020, the solid minerals sector contributed N686.64 billion representing only (0.45%) while the sector’s contribution to the country’s exports during the period was a mere 0.14%.

The NEITI Report underlined the urgency for the government to invest aggressive energy, time, interest and resources towards the development of the solid minerals sector to maximize its potential for the future of Nigeria’s economy.

The NEITI Report made 26 recommendations, one of which is the urgency to commence and intensify comprehensive reforms in the solid minerals sector. It underlined as a priority, the restoration and establishment of a public-private- state-owned enterprise (SOE) to lead and drive investments in the sector.

This SOE, according to the report should be similar to the role of the NNPC in the oil and gas industry. NEITI however strongly advised that any such public-private-state owned enterprise should adapt and emulate the Nigerian Liquefied Natural Gas (NLNG) model.

The Chairman, NEITI National Stakeholders Working Group-NSWG, Mr Olusegun Adekunle explained that the report was conducted under its oversight and approved in line with the EITI Standard and in consonance with the NEITI national obligations (NEITI Act 2007).

Mr Adekunle urged the civil society, the companies, government and the citizens to use the information and data in the report as tools to advance public discourse on developing the solid minerals sector to create jobs and reduce poverty.

NEITI has so far published eleven (11) cycles of the solid minerals industry reports spanning the period 2007 to 2020. The reports revealed that the sector has contributed a total of ₦651.55billion to the government’s coffers within the 13 years.