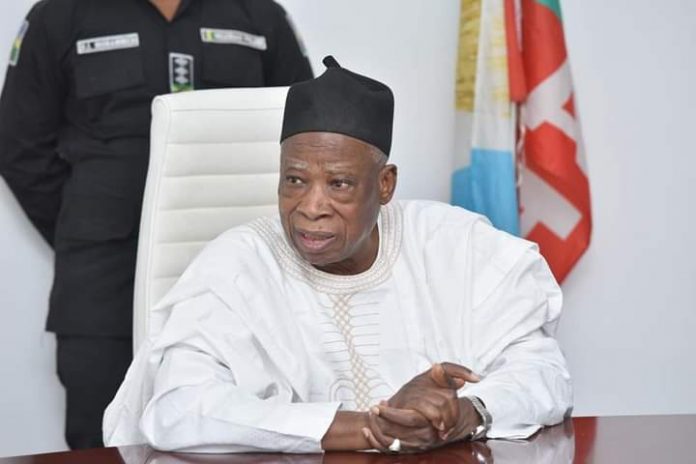 Senate President, Ahmad Lawan, read the resignation letters of the lawmakers during plenary on Tuesday.

Senator Adamu’s letter reads: “It is with utmost respect and appreciation I inform you that consequent upon my victory as National Chairman at the just concluded convention of our great party, the All Progressives Congress (APC), on the 26th of March, 2022, I hereby resign formally as the Senator of the Federal Republic of Nigeria representing Nasarawa West Senatorial District with effect from 1st April, 2022.

“I feel a sense of duty and obligation to convey through this letter, my appreciation for the cooperation and guidance I received from you as Chairman of the National Assembly throughout my official and private association with you.

“As I leave the Senate, I cannot easily forget the change and style of leadership that you brought since becoming the Senate President of the Ninth SenatYour ability to forge the deep-rooted bi-partisan approach on all issues which you chaired deliberations speaks volumes of your chemistry as a leader.

“Since your assumption of the Chairmanship of the National Assembly, you have worked so hard for the Assembly to be seen to work with the government and not against it.

“Indeed, you have roundly proved at every stage that the three arms of government are truly arms of the same national government.

“You have stirred the National Assembly to do the bidding of our great party without prejudice to the other parties irrespective of their representation.

“In so doing, you have been able not to only carry your colleagues at the leadership level of the Senate, but endeavored to be a family head in the real sense of the word to all members of the Ninth Senate.

“My resignation will leave me with full memories of the solidarity and camaraderie that you have been able to forge over the eleven years I’ve been in the Senate.

“To say I will miss you and my colleagues in the Ninth Senate will be an understatement, but I gain consolation in the fact that my call to a higher pedestal of service will keep us all within reach of one another.

“Kindly convey my wishes to all my colleagues that they should kindly spare some time in joining hands with us at the headquarters of our great party, the APC, to do the needful in our efforts to deliver the 2023 Presidential and General Elections to our party and its followers.”