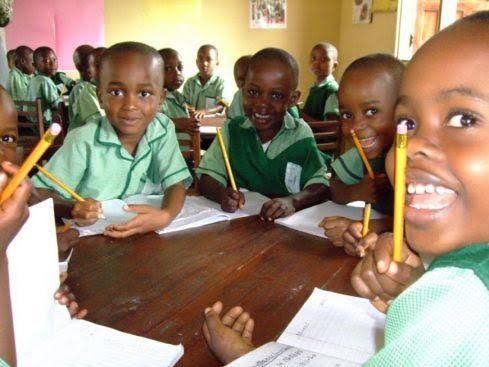 It is true that schools in Nigeria are facing a lot of challenges ranging from persistent strike actions, inadequate funding, poor quality education, and others.

In fact, recent statistics by the World Bank shows that 70% of 10-year-olds in Nigerian schools cannot understand a simple sentence or perform basic numeracy task.

UNICEF also noted that Nigeria was facing a learning crisis in which learning was not taking place, even for children who were in school.

However, the most worrisome recently, is the lack of proper security in schools across the country, making them vulnerable to relentless
terrorists’ attacks and Kidnappings.

The first known attack on a learning institution in Nigeria took place on 14 April 2014, in which 276 students at Government Girls’ Secondary
School Chibok in north-east Nigeria were abducted by a Non-State Armed Group (Boko Haram).

Eight (8) years after the abduction of the 276 students, the United Nations Children’s Fund (UNICEF) disclosed that schools in Nigeria are
still unsafe.

UNICEF on Thursday, April 14, 2022, while commemorating the 8th Anniversary of the abducted Chibok school girls lamented the unrestrained spate of attacks on schools and abductions of students, sometimes resulting in their deaths and how it had become recurrent in the last two years, especially in the north-west and north-central regions of the country.

For 296 days now, students of Bethel Baptist High School, Kujama have been abducted by kidnappers, and no one to rescue those helpless children.

“Their occurrences cut short the futures and dreams of the affected students.

“Attacks on learning institutions render the learning environment insecure and discourage parents and caregivers from sending their wards to schools, while the learners themselves become fearful of the legitimate pursuit of learning.

“The invisible harm school attacks inflict on the victims’ mental health is incalculable and irredeemable”, he said.

The Fund said, a total of 11, 536 schools in Nigeria have been closed since December 2020 due to abductions and security issues.

It added that school closures had impacted the education of approximately 1.3 million children in the 2020/21 academic year.

It also noted that this interruption of their learning contributes to gaps in children’s knowledge and skills and may lead to the loss of approximately 3.4 billion USD in these children’s lifetime earnings.

This, it stated risks to further perpetuate cycles of poverty and inequality in the country.

Harping on the need to urgently tighten security around schools, Hawkins said: “Girls have particularly been targeted, exacerbating the figures of out-of-school children in Nigeria, 60 percent of whom are girls. It is a trajectory which must be halted, and every hand in Nigeria must be on deck to ensure that learning in Nigeria is not a dangerous enterprise for any child, particularly for girls.

“In Katsina State, government and communities have fenced some schools, and this is encouraging girls to attend school, underscoring the reality that collaboration is required in addressing insecurity in schools and making schools safe, especially for girls,” he said.

He said, although Nigeria has ratified the Safe Schools Declaration, schools and learners are not sufficiently protected, therefore, called on the Nigerian government to make schools safe and provide a secure learning environment for children in Nigeria, especially for girls.

UNICEF said, unless greater attention is given to protecting children, teachers and schools, they would continue to come under attack. Urgent, coordinated action is needed to safeguard the right to learn for every child in Nigeria.

Just recently, the Inspector-General of Police, IGP Usman Alkali Baba, ordered the review of police personnel and operational assets
deployments to institutions of learning around the country, to ensure their protection.

The IGP also directed detectives/operatives of the Force Criminal Investigations Department (FCID) and the Force Intelligence Bureau (FIB) to ensure sustained surveillance and intelligence gathering activities within various school environments, while the Police Airwing was directed to extend its aerial patrols to the six geo-political zones of the country.

Beyond these directives, all hands must be on deck to ensure a safe environment for all pupils and students learning within the country.