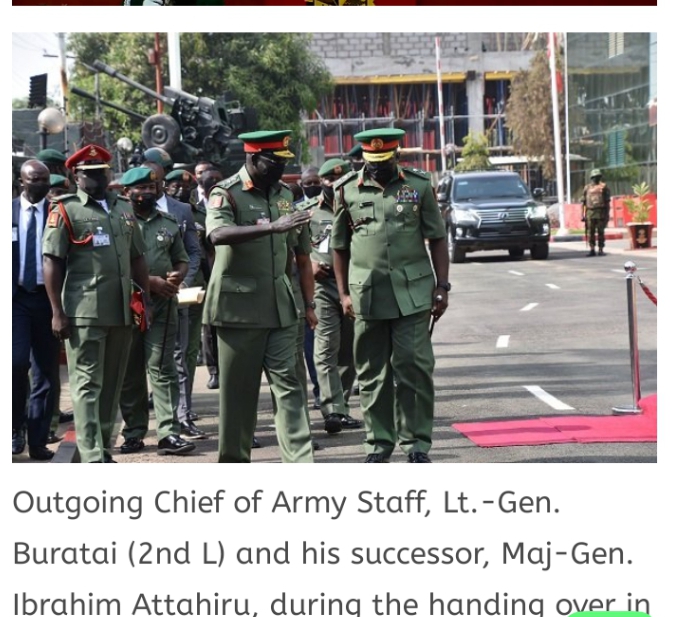 The outgoing Chief of Army Staff COAS, Lt. Gen. Tukur Y. Buratai has posited that the security situation across the country has largely stabilised during his tenure, and that his administration will be remembered for improved professionalism, improved responsiveness to personnel welfare, and responsiveness to Nigeria’s democratic system.

“I am proud to say that the Nigerian army has transformed to become professionally responsive in the defence of democracy with utmost loyalty.

“Today, we have a professional response army and we have achieved a lot in many areas over the years as well as interagency cooperation.”

Buratai, who said this during his official handover to Major General Ibrahim Attahiru at the Army Headquarters, Thursday, in which he described his 40 years of service as historic, noted that Army Officers became professionally-responsive, committed and dedicated to their statutory responsibility of safeguarding the territorial integrity of the nation, against any internal and foreign harassments.

He expressed pride at his latest legacy, the 28 Ezugwu armoured personnel carriers for counter-terrorism/insurgency missions by the Defence Industries Corporation of Nigeria (DICON).
Other legacies his leadership was bequeathing, he mentioned, include infrastructural development, especially with regards to the rehabilitation and construction of some army barracks, schools, and hospitals, among other projects.

He appealed to the media to put National Interest and security first before publishing any news, saying “Pen is faster than gun”. 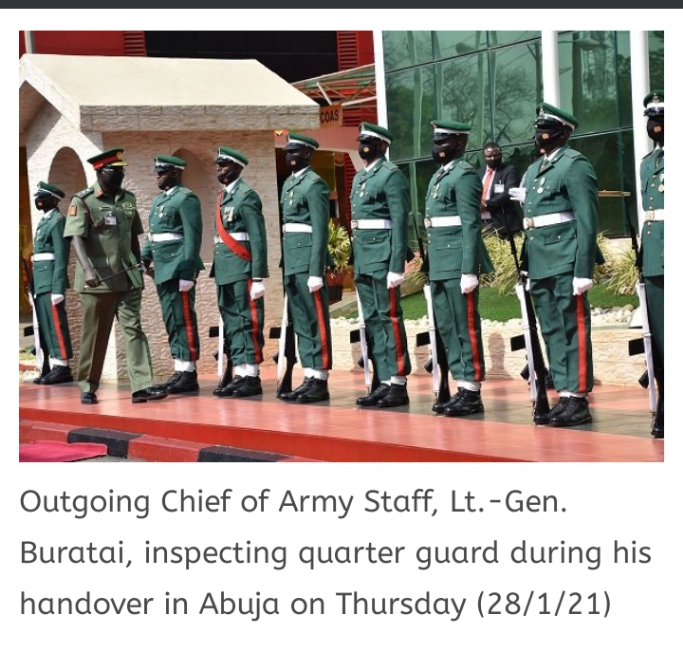 Buratai, then called on the newly appointed COAS, Maj. Gen. Attahiru to consolidate on the successes he would meet on ground, stressing specifically three key issues for which his leadership will be remembered: Improved professionalism in military, improved responsiveness in terms of training operations and logistics plans and responsiveness to Nigeria democratic practices.

On his part, the new COAS, Maj. Gen Attahiru, promised to hit the ground running in order to address lingering security challenges facing the country, as well as sustain the giant strides of his predecessor, adding that he considers himself lucky to have been given the opportunity to succeed him.

Kagara Abductions: No Going Back On Rescue Of All Abductees – IGP