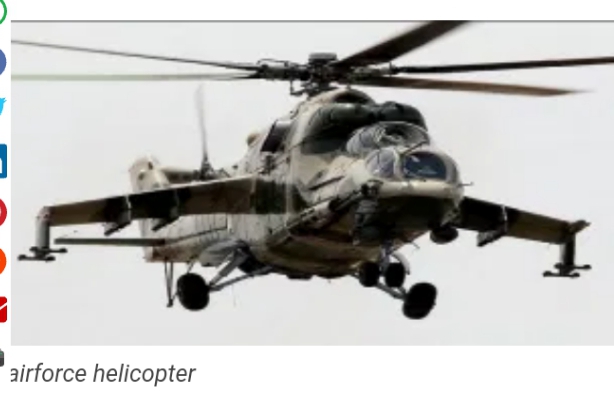 Nigerian Troops with assistance of fighter helicopters from the Nigerian Airforce, NAF, have foiled a terrorists attack in Gaidam town in Yobe State.

It was gathered that Boko Haram fighters invaded Gaidam in ten gun trucks, intending  to attack residents of the town, predominantly Muslims, who were about to break their Ramadan fast, on Friday evening. However, NAF fighter and attack jets were swiftly scrambled to repel the terrorists.

A military intelligence officer disclosed that over a dozen insurgents were killed by the aggressive bombardments of the military aircraft, adding that ground troops pursued some terrorists who fled after the attack was foiled.

Notably, Geidam is the hometown of the Acting Inspector-General of the Police, Baba Alkali, and the immediate past governor of Yobe State, Senator Ibrahim Gaidam.

It would be recalled that a similar incident occurred on Tuesday, April 13, when Nigerian troops foiled multiple terrorist-attacks targeted at soldiers and some Muslim faithful during the breaking of Ramadan Fasting at Gajiram and Damasak in Borno State, during which, ground troops in Damasak and Gajiram were supported by NAF which provided effective close air support after they came under fire from ISWAP/Boko Haram Terrorists.

A military intelligence source had disclosed that the terrorists were on a reprisal mission to avenge the loss of their 13 eminent Commanders, who were killed by troops in the Lake Chad axis a previous encounter with Nigerian troops.