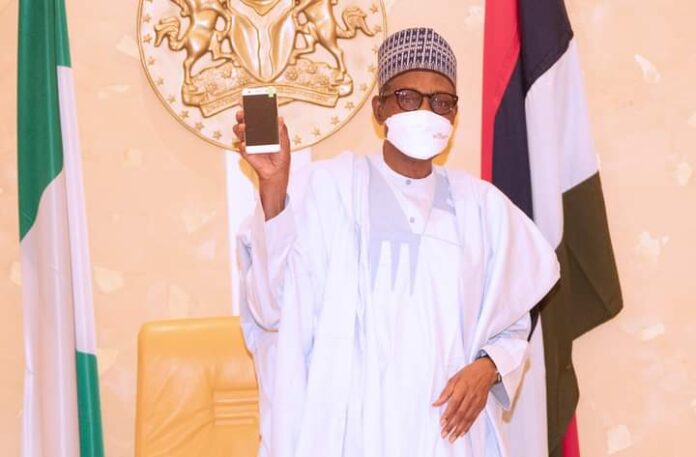 The presentation was done at the State House, Presidential Villa in Abuja by the Minister of Industry, Trade and Investment, Adeniyi Adebayo before the commencement of Wednesday’s Federal Executive Council, (FEC) meeting.

TheFact Nigeria reports that upon his reappointment as the Director General of the Industrial Training Fund (ITF), Minister of Industry, Trade and Investment, Adebayo had adviced the ITF boss, Joseph Ari to work assidiously towards realizing President Buhari’s vision of taking more than 100 million Nigerians out of poverty.

The smartphone, a 4G enabled phone, was produced by the Industrial Training Fund (ITF) model skills training centre in Abuja. 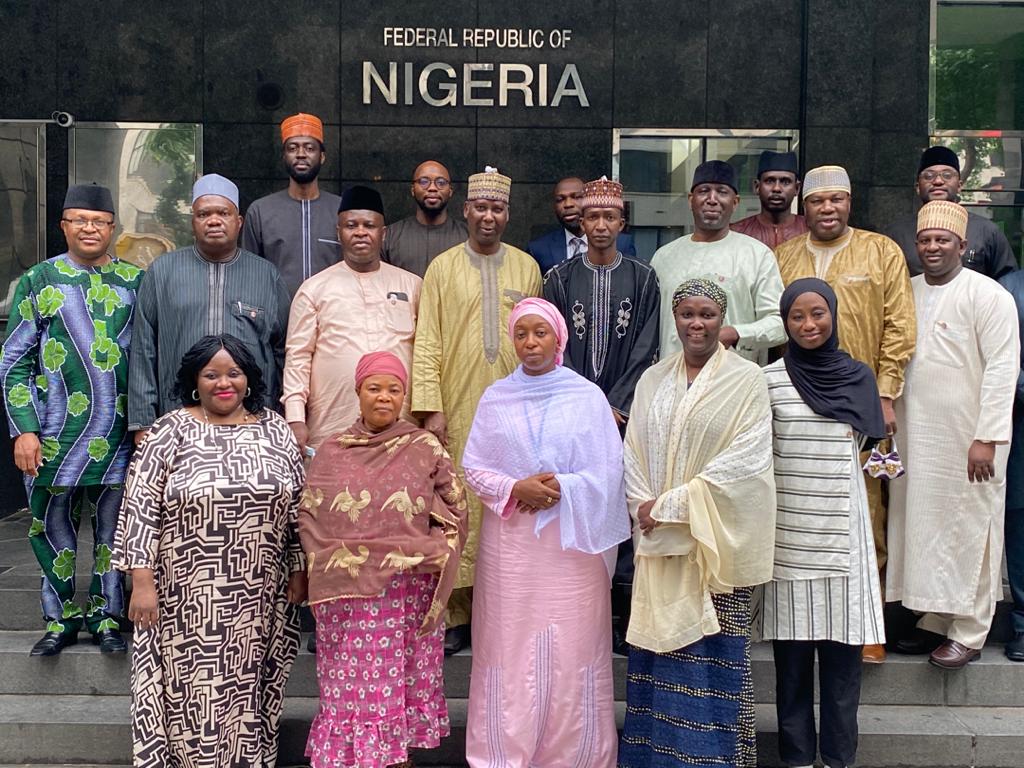 Adebayo said the phone is one of the 12 cell phones produced, using locally sourced components, by the Electrical/Electronics Technology Department of the Industrial Training Fund’s (ITF) Model Skills Training Centre.

He said: “Twelve indigenous mobile cell phones produced by the Model Skills Training Centre of the Industrial Training Fund; an agency under Ministry of Industry Trade and Investment was launched.

“It gives me great pleasure Mr President, to present you with one of the phones.”

Earlier, at the opening of the physical/visual 12th National Council on Industry, Trade and Investment meeting in Abuja in December 2020, ITF Mobile had first launched the smartphone.

The 4G smartphone is one of many innovations under Joseph Ari, the Director General of ITF.

Ari, who was appointed at the ITF in 2016 and re-appointed in 2020, said the smartphone components were sourced locally.

The phone has an inscription on the package: ‘ITF Mobile …Developing the Nation’s Human Resources’.