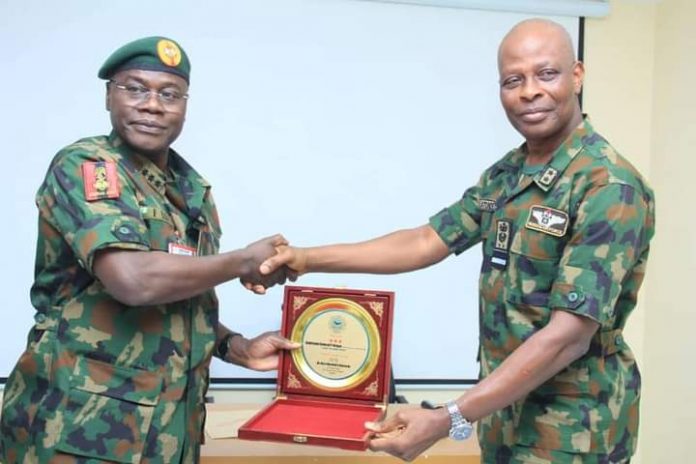 The Chief of Army Staff (COAS) Lt Gen Faruk Yahaya has called on Commanders in the Nigerian Army to promote synergy and cordiality with other security stakeholders in the bid to decimate current security challenges in the country.

The Army Chief gave the charge while delivering a lecture to participants of Course 8/22 of the Nigerian Air Force War College in Markurdi, Benue State, on Friday 19 August 2022.

Yahaya, during the lecture, titled ‘Military Stragegic Leadership: My Perspective’, stated that all Commanders as leaders in the military were responsible for ensuring interoperability, integration and synergy with other services, security stakeholders, as well as Ministries, Departments and Agencies (MDAs).

He added that synergy and cordial working relationship with all stakeholders in the security sector was an essential ingredient for operational success and attainment of the common goal of defending the nation.

In his remarks, the College Commandant, Air Vice Marshal Shayo Olatunde, noted that training in military strategic leadership was critical to capacity development of participants of the college, whom he described as military leaders of the future. He expressed appreciation to Gen Yahaya, noting that he was the first COAS to deliver a lecture in the college.

In another development, Gen. Yahaya, in his continued effort to ensure adequate personnel welfare and empowerment of Regimental Sergeant Majors (RSM) in the Nigerian Army, on Friday, commissioned a newly constructed 4 bedroom official residence for the RSM Nigerian Army School of Military Engineering, NASME, Markurdi. 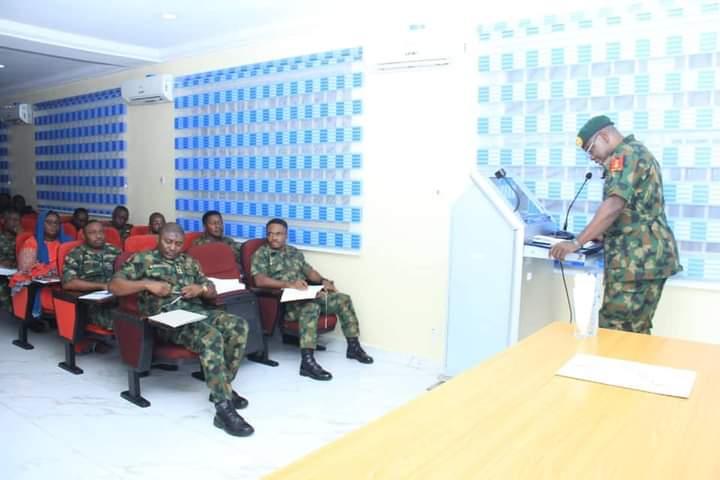 While commissioning the project, the COAS emphasised that the project was one of the welfare programmes aimed at regenerating and strengthening the office of the RSM as custodians of discipline and regimentation in the NA. He charged all RSMs to ensure that discipline was maintained in all formations and units of the NA.

Gen. Yahaya also commissioned newly renovated Command Children School as part of several civil military cooperation efforts of the NA. The Commandant Nigerian Army School of Military Engineering, Maj Gen Joseph Omali, while speaking on the projects, pointed out that the newly inaugurated projects would inevitably bring succour to both personnel and the civil community.