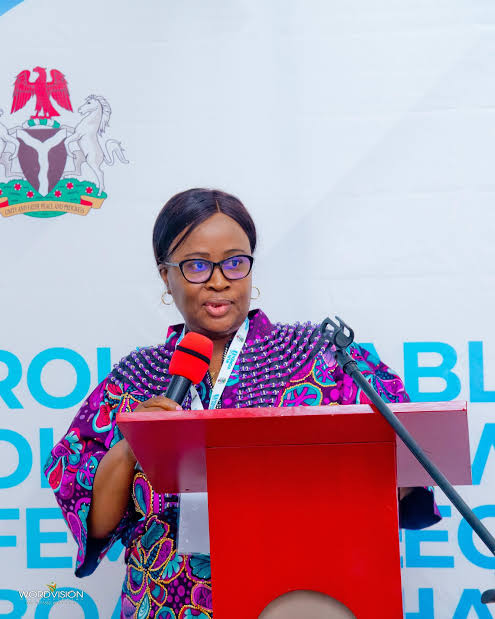 The UN Women Representative to Nigeria and ECOWAS, Beatrice Eyong, has commended Nigerian women for their drive in enhancing empowerment for economic development.

Eyong gave the commendation on Friday while receiving a delegation from the National leadership of the Women Wing of the Christian Association of Nigerian (WOWICAN).

According to her, involving non-government agencies and having other interreligious partnerships for women empowerment was a wise decision to grow an association and the country at large.

She noted that interrelationships also promoted peace in a nation and enhanced growth and development.

“Partnering traditional rulers and getting to the grassroots is very necessary for effective and efficient services, child education, challenges in capacity building and cooperative management, personal hygiene are critical and would be looked into,” she said.

She charged the women not to allow their children and wards get involved in electoral violence and malpractices such as rigging, vote buying and selling which had a long term negative effects on the society.

She said that UN Women had developed a new five-year plan from 2023 to 2027, known as “Our Strategic Notes,” adding that the plan was done in a unique way.

“We went round the six geo political zones and had town hall meetings; we met with the women and ensured they spoke out, expressing themselves.

“They told us what they wanted, how they wanted it and why. We seek to know the issues and how they could be curbed”.

She noted that a holistic involvement programme which was multifaceted, multidimensional was developed as women’s needs were not the same and thus should be captured as presented by affected persons.

Eyong also said that her office had collaboration with the Federal Ministry of Women Affairs and other relevant agencies in how to tackle gender issues.

She said that the UN women would partner them in all they had listed for empowerment and curbing gender based issues as it concerns national development.

She further told them that the Federal Government had approved two major programmes initiated by the UN Women with other UN donor in support.

“The first which is the rural women economic programme, as we all know agriculture is the country’s backbone, we want to ensure food security and reinforce women capacity.

“We will inform and educate them of the market generally, hygiene and how to sell their produce anywhere by stating the details, price, quantity and location as companies and other countries will be involved in the trade.

“The second, which is the market women transformative initiative, food wastage and storage is a key factor resulting to poverty and all farmers should note and have a way to go around this.

“These farmers need to be transformed from informal to formal ways of carrying out their activities,” she said.

She assured them that the UN Women was with them for any women empowerment programme leading to national development.

“We are a credible partner and will like to work with you and the Nigeria Inter-Religious Council (NIREC) including the Muslim women.

In his speech, Programme Specialist, Women’s Leadership and Participation, Osalobo Osemhenjie, said women involvement and participation was critical as the general elections approached.

“We are going to different institutions, strengthening women leadership capacity. This will enable them observe elections to mitigate Gender based violence and other election violence.

“We also collaborate with the media, political candidates, political parties, traditional rulers and the National Centre for Women Development,” she said.

Earlier, National President, Women Wing of the CAN ,Deaconess Victoria Ihesiulor, commended that UN Women , stressing that they had come to seek for partnership in women development programmes.

She sought for continuous assistance by the UN Women in gender equality globally, women’s empowerment and the girl child education.

“Our education programmes have helped out over 5,000 vulnerable families with educational materials, as well as adult literacy for educationally disadvantaged single mothers who are victims of rapes or had been abandoned.

“We have equally helped 3,500 educationally disadvantaged mothers to read and write at the basic levels.

Other areas she listed included economic empowerment to address challenges of capacity in business management for women.

The women also specially invited the UN Women representative to their national convention coming up in October in Enugu.