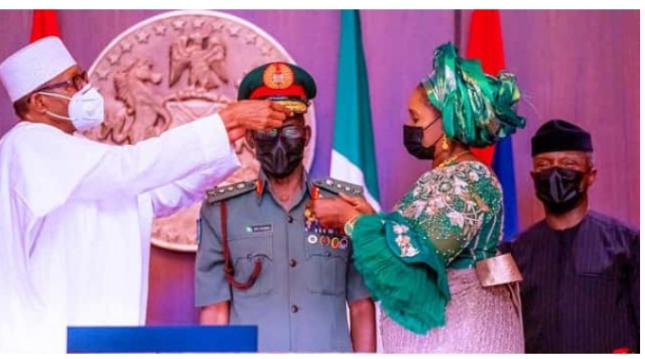 The event took place at an elaborate event at the Council Chamber of the State House today.

Others were the Chief of Naval Staff CNS, Rear Admiral Awwal Zubairu Gambo, who was decorated as Vice Admiral; and the Chief of Air Staff CAS, Air Vice Marshal Ishiaka Oladayo Amao, who is decorated with the rank of Air Marshal.

The ceremony was witnessed by Vice President Professor Yemi Osinbajo; the Secretary to the Government of the Federation (SGF), Mr Boss Mustapha; Defence Minister, Major-General Bashir Magashi (rtd); and the Chief of Staff to the President, Prof Ibrahim Gambari.