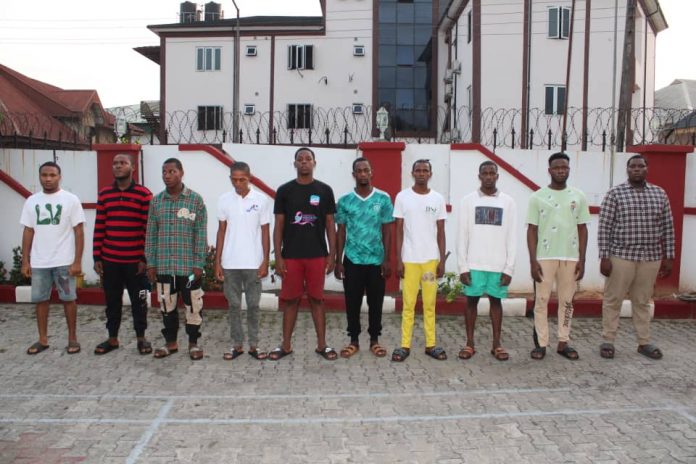 The convicts were arraigned by the Uyo Zonal Command of the Economic and Financial Crimes Commission, EFCC on one-count separate charge bordering on impersonation and obtaining by false pretence.

One of the charge read: “That you, Kelechi Victor Chinaka, sometime in February, 2022 in Nigeria within the jurisdiction of this Honourable Court did take possession of the sum of $300 (Three Hundred US Dollars only) which you reasonably ought to have known forms proceed of an unlawful act to wit: cybercrime and thereby committed an offence contrary to Section 15 (2) (d) of the Money Laundering (Prohibition) Act 2011 (as amended) and punishable under Section 15 (3) of the same Act”.

The Head, Media & Publicity, EFCC, Wilson Uwujaren in a statement said, they all pleaded ‘guilty’ to the charge when read to them.

In view of their pleas, prosecution counsel, Joshua Abolarin prayed the court to convict and sentence the defendants accordingly.

Justice convicted and sentenced the defendants as follows:

The court further ordered the convicts to forfeit all gadgets used in committing the crimes to the Federal Government of Nigeria.

The convicts’ journey to the Correctional Centre began when they were arrested by operatives of the Uyo Zonal Command of the EFCC, at different locations within Akwa Ibom and Cross River states.

Further investigations were conducted on their involvement in internet fraud and were later prosecuted and convicted.

Coalition Petitions Embassies, Calls For Trial of Ex-Service Chiefs, Others