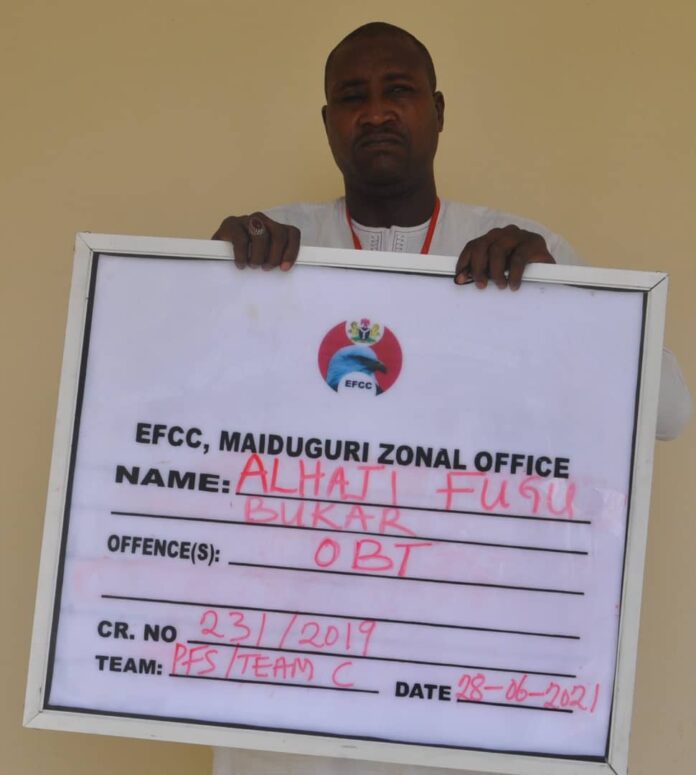 The Maiduguri Zonal Office the Economic and Financial Crimes Commission, EFCC, had secured the conviction and sentencing of one Fugu Bukar to six months imprisonment on a one count charge bordering on criminal breach of trust, to the tune of N500, 000.00 (Five Hundred Thousand Naira).

According to the charge read out, on which conviction and sentencing was secured on Monday, 5 July, Bukar, in 2018, was entrusted with the said sum by Yakubu Ibrahim, being an advance payment for the purchase of a Tractor at the cost of N1,250,000.00.

The accused, however, dishonestly misappropriated the entire sum, thereby running foul of the Penal Code Cap 102 Laws of Borno State of Nigeria, and which is punishable under Section 312 of the same Law.

Bukar pleaded ‘guilty’ to the charge, following which, counsel for the prosecution, Mukhtar Ali Ahmed, prayed the court to convict and sentence him.

Counsel for the convict, M. Ibrahim pleaded for leniency and urged the court to temper justice with mercy. 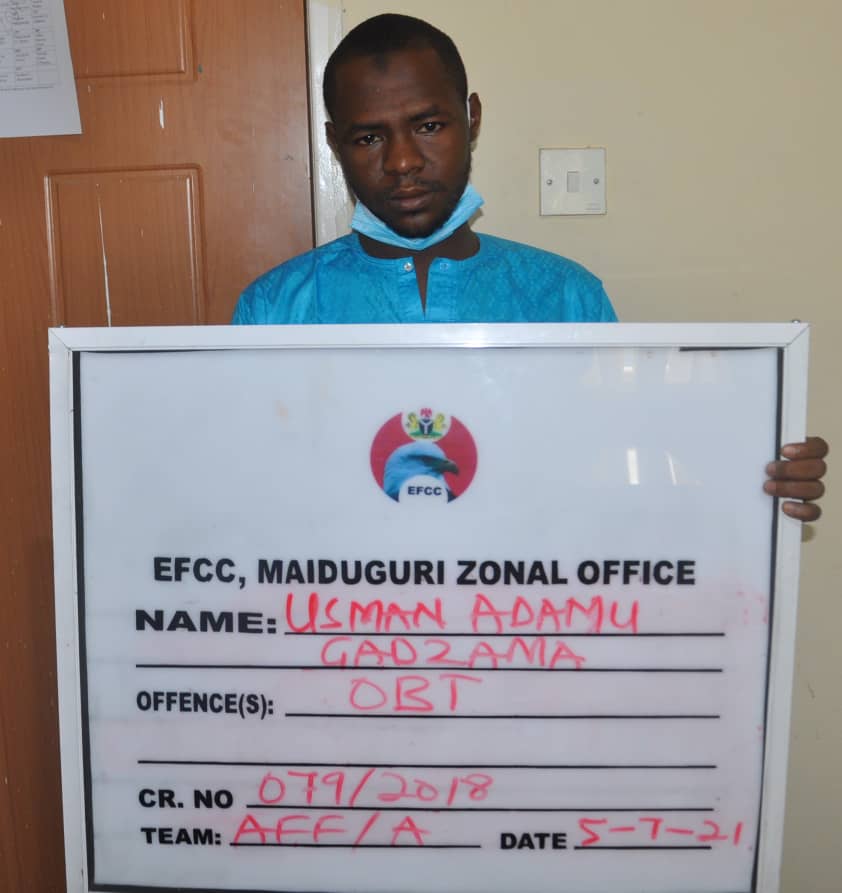 In a related development, the EFCC also arraigned Usman Adamu Gazama and Emeka Duru before Justice Kumaliya on separate charges of criminal misappropriation and issuance of dud cheque.

Gadzama, who was arraigned on a one-count charge, allegedly collected the sum of N6, 000,000.00 (Six Million Naira) from the nominal complainant, Mohammed Bukar Kassim under the guise of carrying out business in return for profit. Gadzama however, misappropriated the said sum, thereby committing an offence “contrary to Section 308 of the Penal Code Cap 102 Laws of Borno State of Nigeria and Punishable under Section 309 of the same Law.”

Duru was arraigned on a two-count charge bordering on misappropriation and issuance of dishonored cheque to the tune of N4, 052,000.00 (Four Million and Fifty Two Thousand Naira).

Both defendants pleaded not guilty to the separate charges. 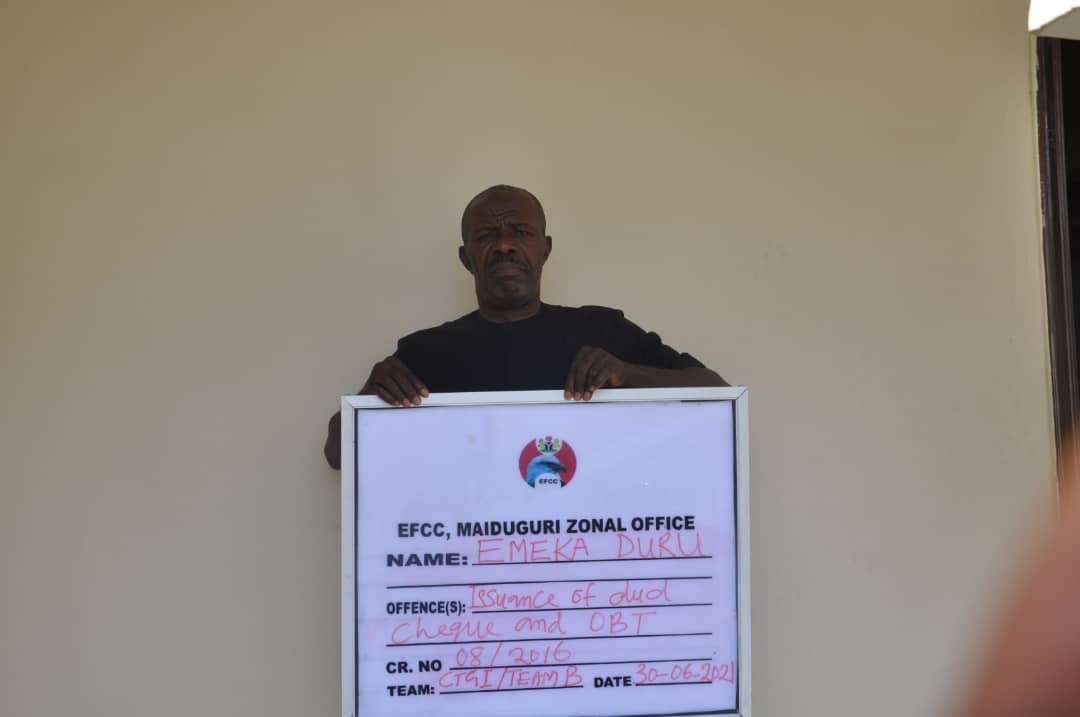 Prosecution counsel, Mukhtar Ali Ahmed prayed the court for a trial date and, to remand the defendants in the Nigerian Correctional Centre pending the determination of the case.

Defence counsel, M.A Bukar and Z. Hamza prayed the court for a short date to allow them file applications for the bail of their clients.

Justice Kumaliya thereafter adjourned the matter till August 2, 2021 for hearing of the applications and ordered the remand of the defendants.

Ex-Aviation Minister, Stella Oduah, To Be Arraigned For Alleged Fraud

OPINION: Why We Must Not Bury TB Joshua’s Christ-like Virtues -Enenche