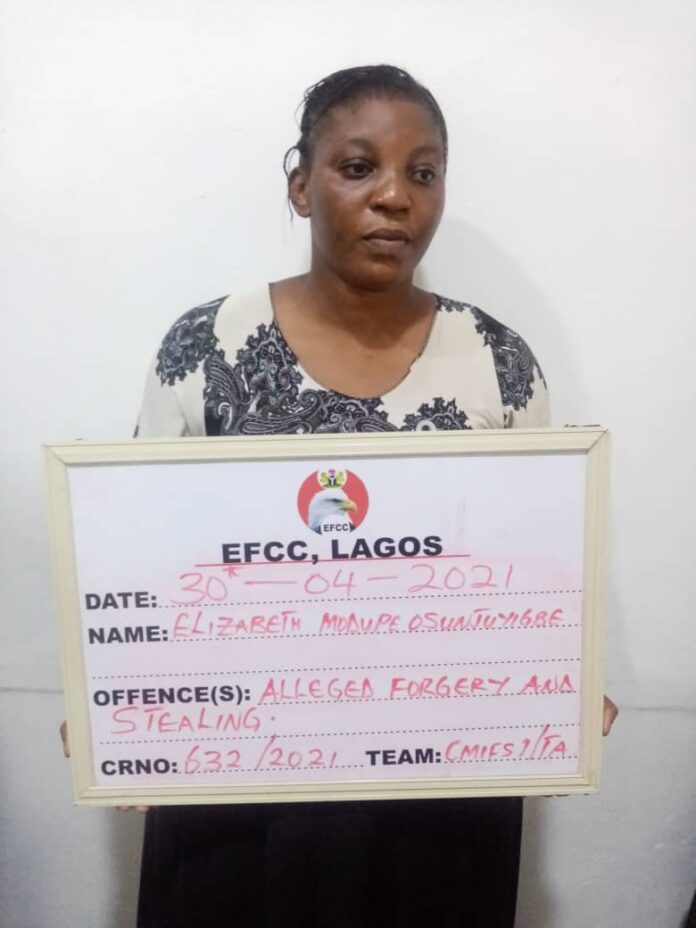 The Lagos Zonal Office of the Economic and Financial Crimes Commission, EFCC, has arrested an Access Bank Plc employee,  Elizabeth Modupe Osunjuyigbe, for an alleged fraudulent diversion of funds to the tune of over N34m (Thirty-four Million Naira).

TheFact Nigeria learnt that the  suspect, who was arrested earlier today, had, sometime in January this year, allegedly sent a fraudulent request to the Bank’s Branch Service Manager at Adeola Odeku Street, Victoria Island, Lagos State, to issue a draft of the sum of N31, 330, 165. 00 (Thirty One Million, Three Hundred and Thirty Thousand, One Hundred and Sixty-five Naira), in favour of one Best Timland Nigeria Limited.

Investigations revealed that the suspect allegedly forged a solicitor’s letter dated January 19, 2021, directing the bank to issue the draft in favour of Best Timland, claiming that the request was for the payment of rent to the landlord of one of the bank’s branches in Akwa-Ibom State. 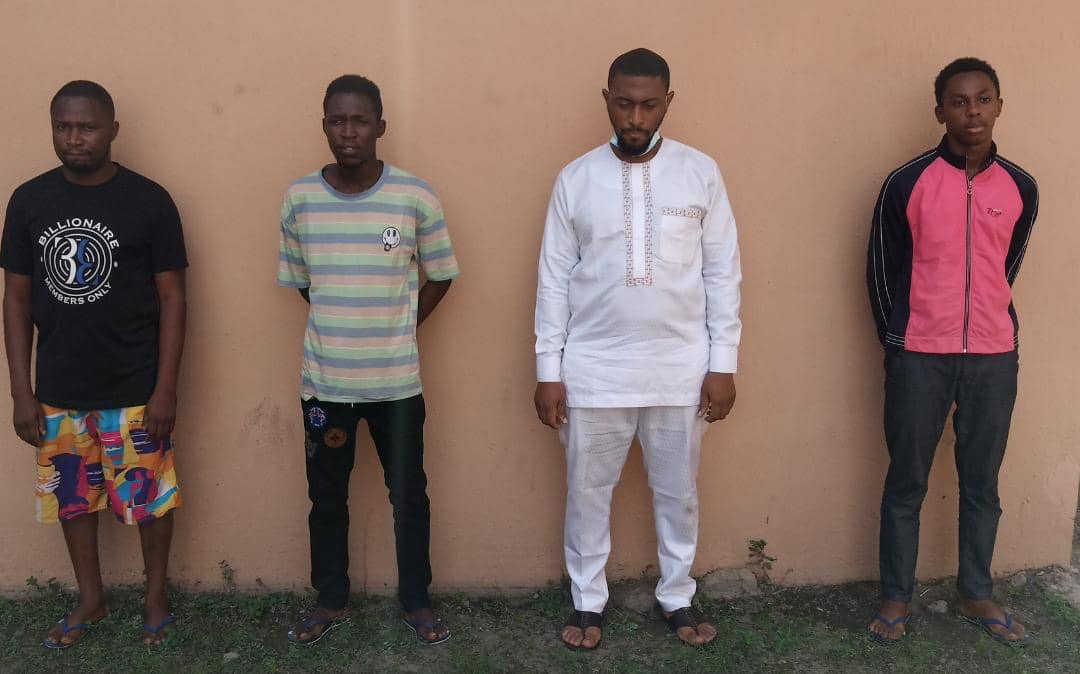 They were arrested on Tuesday, April 27, in the Ajah area of Lagos, following credible intelligence received by the Commission on their alleged involvement in computer-related fraud.

The suspects, including the banker, will soon be charged to court.

Top management of the National Youth Service Corp (NYSC), alongside relevant stakeholders in the 2022 Batch C Orientation Course have converged to brainstorm on...