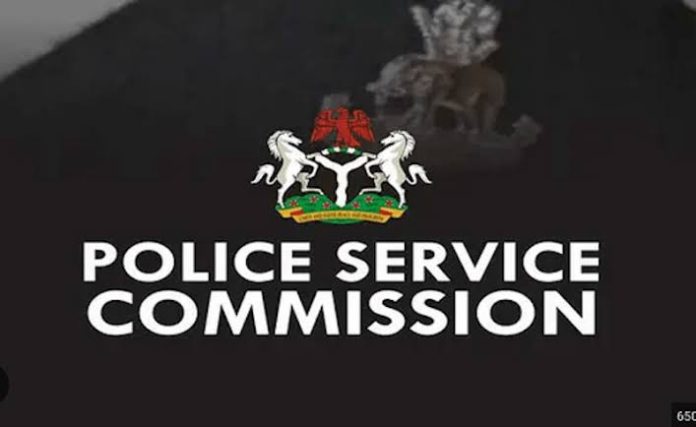 The Police Service Commission (PSC), has maintained that the institutional succession plan in the Nigeria Police Force and the retirement of Senior Police Officers would not in any way affect the success of the 2023 general elections.

This was disclosed in a statement issued on Tuesday by the Head of Press and Public Relations, Mr. Ikechukwu Ani.

TheFact Daily notes the ongoing face-off between the Inspector General of Police (IGP), Usman Alkali Baba and the Police Service Commission (PSC) over the tenure elongation of Baba. The PSC had earlier directed all senior police officers due for retirement to proceed, stating that it will not extend their tenures. The directive was borne out of media reports on whether or not retiring senior police officers’ tenure should be elongated due to the forthcoming 2023 general elections’ security management.

The leadership of the Commission termed the push for the elongation of the tenure of the Inspector-General of Police (IGP), Deputy Inspectors General (DIGs), Assistant Inspectors General (AIGs), and many other Senior Officers due for retirement, as an unnecessary distraction and an affront on all the existing laws in the country guiding entry and exit in the public service.

“The Commission took a decision that it will not extend the tenures of the retiring senior police officers, stressing that even when requested, it can not do so as it is against all existing laws, Police Act, Police Service Commission Act and the Constitution of the Federal Republic of Nigeria”, the statement said.

The Commission further stressed that retiring senior police officers are not indispensable and the Force has competent officers to fit into the roles left by their predecessors.

The Police Service Commission asserted, as the statutory Government Executive Body with the Constitutional mandate to recruit, promote, dismiss and exercise disciplinary control over persons holding offices in the Nigeria Police Force, except the Inspector General, that there can never be any leadership vacuum in the NPF.

It further assured Nigerians that there is an institutional succession plan in the Nigeria Police Force, especially with the current injection of 10,000 Constables and several other thousands of cadet ASPs from the Police Academy every

According to the statement, the Commission took a decision to rigidly uphold the provisions of the law, which stipulate that a serving public officer, whether in the Police or any other government agency, must exit the service at the age of 60 or have served for a period of 35 years.