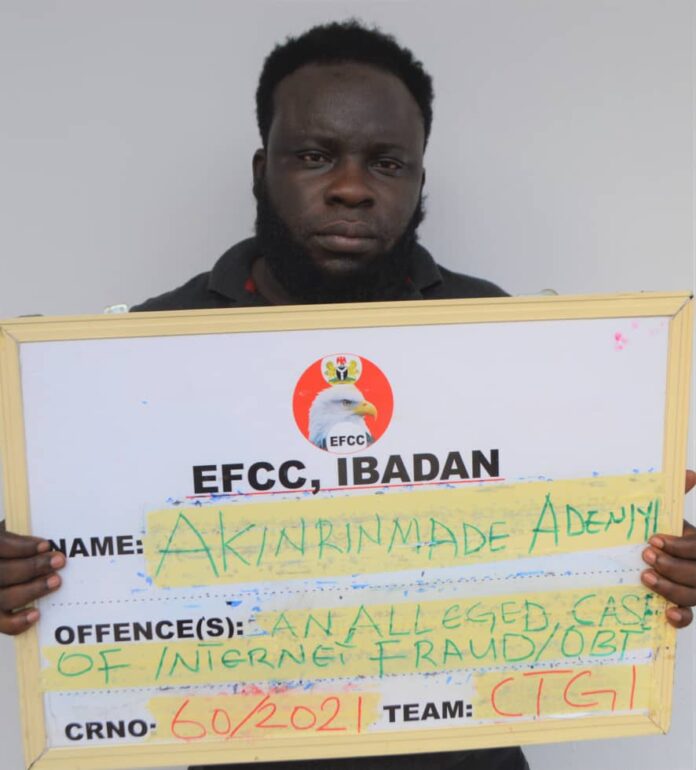 The Economic and Financial Crimes Commission, EFCC, Ibadan Zonal Office, on Tuesday, March 9, 2021, secured the conviction of one Akinrinmade Adeniyi to three months imprisonment over impersonation.

According to a statement by the EFCC Head, Media & Publicity, Wilson Uwujaren on Tuesday, the judgment was secured before Justice Mohammed Abubakar of the Federal High Court, sitting in Abeokuta, Ogun State.

The accused pleaded guilty to one count charge of fraudulent impersonation contrary to Section 22(2) (b) (i) of the Cybercrimes (Prohibition, Prevention, etc.) Act brought against him by the Ibadan Zonal Office of the EFCC.

Aside from the jail term, the Court also ordered him to make restitution to his victim in the sum of 500 US dollars.

He is also to forfeit his Toyota Lexus ES330, one Techno K7 phone, and one HP laptop to the Federal Government of Nigeria through the EFCC, being part of the proceeds derived from his fraudulent act.

Despite APC Screening, Buhari, Lai Mohammed, Others Travel To Spain