The Nigerian Association of Road Transport Owners (NARTO) has asked its members nationwide to resume operations, as the Federal Government suspended the implementation of the ban on fuel tankers with over 45,000-litre capacity.

NARTO National President, Alhaji Yusuf Othman, made the call Tuesday in Abuja while giving update on the planned industrial action.

Recall, NARTO on Monday, ordered members to withdraw their services for two days, effective on Tuesday and Wednesday, September 22 and 23, 2020, to protest the ban on the high capacity tankers and also issued a 10-day strike notice to the Federal Government, effective September 24, 2020 over the issue.

However, Alhaji Othman said, the decision to suspend the industrial action was as a result of the intervention of the Group Managing Director of the Nigerian National Petroleum Corporation (NNPC), and the Director General (DG) of the Department of State Services (DSS).

Othman said, “You may recall that yesterday (Monday), following an emergency meeting of the National Executive Council (NEC), of our great association, it was resolved that transport owners would park their trucks from 22nd-23rd September, 2020 in protest of Federal Government’s decision to ban all trucks of over 45,000 litres capacity from loading petroleum products from all depots throughout the country.

“However, following the intervention of the Group Managing Director (GMD) of NNPC and the Director-General of the Department of State Services (DSS), we are hereby directing all our members to resume operation nationwide.

“This is a directive that we revert to status quo until January 2021 to allow for wider consultation. We thank all members for their support and co-operation and praise their patience as we all wait to see to the peaceful resolution of the issues,” Othman said. 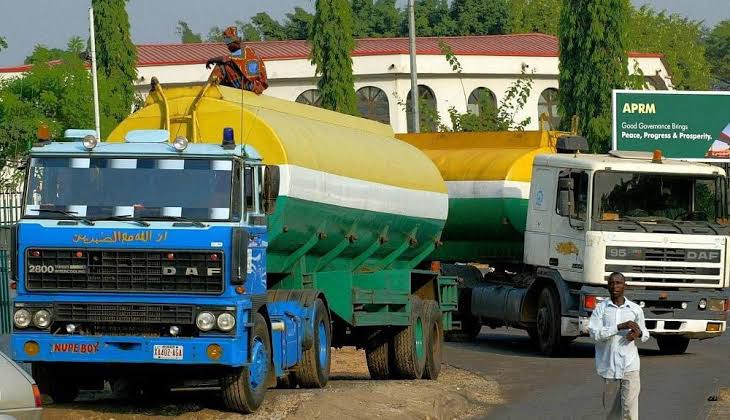 He also said that the association would welcome any financial intervention by the government to assist its members to meet up with the directive and also improve their fortunes,” he said.

He cautioned that if the 45,000-litres capacity trucks were withdrawn suddenly and promptly as being demanded by the government, it would create other side effects including avoidable unemployment, especially as it is estimated that over 40,000 drivers, drivers’ mates and artisans would lose their jobs.

He said, “For the records, we wish to state very strongly that our members are already discouraged and distressed even with the fact that the transport sector which is one of the sectors that are worse hit by the COVID-19 pandemic because of the total restriction of movement, the federal government refused to extend some intervention to the sector as done to many sectors of the economy including Aviation, Agriculture and others.

“In the light of the foregoing and the fact that we understand the reasons behind government decision, we equally demand that government should be more empathetic and sensitive to the plight of our members and the very harsh economic situation of the time by giving us ample time to source for money to re-engineer all affected trucks and operations accordingly.”