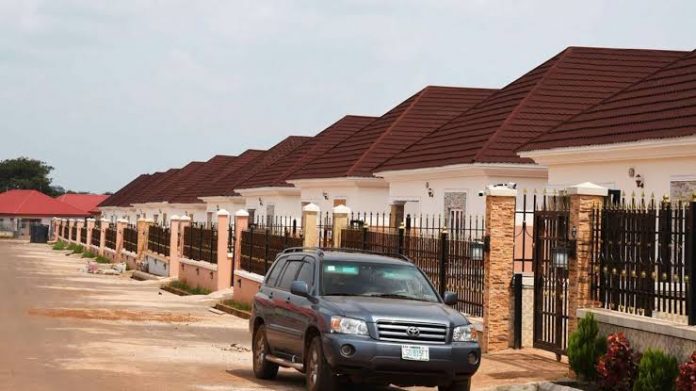 The Chief Executive Officer of Sow Real Estate, Mrs Uzo Onukwubiri has called on the federal government to pay attention to the housing deficit in Nigeria as about 30 percent of the entire population of the country still struggle with quality housing.

Onukwubiri made this call at the weekend, at an event organised to mark the company’s 10th anniversary in Abuja.

TheFact Nigeria reports that the shortage of data is partly responsible for growing housing deficit in Nigeria.

According to the chief executive officer: of Sow Real Estate: “Nigeria has an estimated population of about 200 million people and about 30 per cent of the entire population still struggle with quality shelter and housing crisis, and this implies that urgent attention should be placed on the country’s housing sector if the housing needs of the inhabitants are to be met.

“One key issue affecting housing delivery in Nigeria is that the level of housing shortage has not been adequately presented. This is a result of inadequate and inappropriate statistics and data by the managers of housing in Nigeria.

“However, there have been attempts to estimate the magnitude of the housing shortage in Nigeria. The National Housing Policy specified in detail that to achieve the goal of providing 15 million housing units by the year 2022, 1. 2 Million Housing Units would have to be built each year; it concluded that this number is necessary to compensate for the housing shortage in the country.

“It is estimated that around 100,000 housing units are built each year, and an average of 80% of Nigerians live in informal housing, which is plagued by problems related to poor quality and inadequate infrastructure.

“Although the exact reasons for the housing shortage vary across the country, the main problem in Nigeria is the low income of residents. This is problematic since privately constructed houses are expected to comply with official planning laws and other costs incurred during the construction of the house”, Onukwubiri said.

She added that: “Huge resources including effort, time, materials and money have been devoted to planning the Nigerian environment at the national and sub-national levels.

“ Nonetheless, the various challenges that have been, and are being addressed have hardly diminished. In fact, the problems of housing shortages such as physical deterioration, poverty, inadequacies and inequality in the service delivery system have escalated.

“ The incidence and growth of these problems seem to outpace the capacity of the government to take them on. Nigerians are faced with the fact that their cities are in trouble and that there is an urgent need to do something that will ameliorate the emerging problems”.

On his part, the immediate-past President of the Real Estate Developers Association of Nigeria REDAN, Chief Olabode Afolayan said “This is not a very easy sector but the reward is for eternity because we come up with products tangible to the extent that they can be passed from generation to generation. Unfortunately, we are not much appreciated despite the fact that we live on borrowings.

“I was at the National Assembly the other day and somebody said these realtors, they build houses for you and you continue to work on the houses all the days of your life.

“And I told him, we are simply investors who put down our money and bring together all factors of production”.

The event was attended by officials of the Federal Capital Territory FCT Department of Development Control and several other dignitaries.

We’re yet to open our premises for business- CAC

Rescue Pastor Yakuru From His Captors – CAN Tells Buhari

#BBNaija: ‘Why I Nominated Niyi, Whitemoney, And Others For Eviction’- Pere