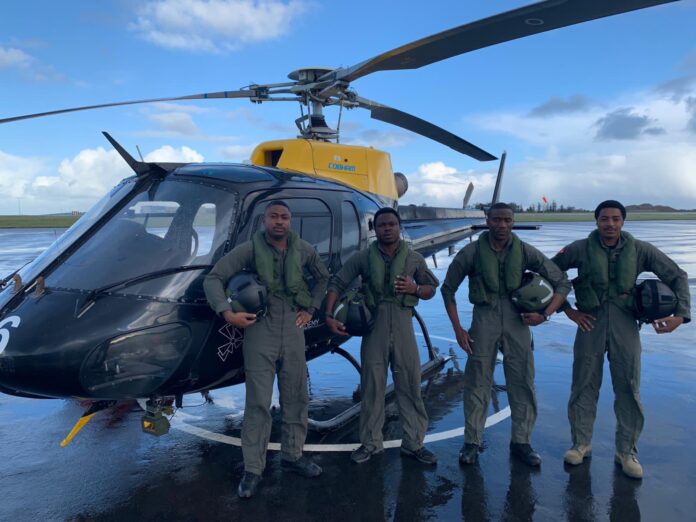 This was made known by the Director, Public Relations and Information, NAF, Air Commodore Ibikunle Daramola, in a statement via his official Twiiter handle.

According to his statement, the 2 NAF WingLoong II, which can remain airborne for 31hrs in Intelligence, Surveillance and Reconnaissance (ISR) mode, and 26hrs in offensive role, will add significant value to Counter Insurgency (COIN) and anti-banditry Operations.

Air Commodore Daramola intimated that in the last 5 years, 22 brand new aircraft have been acquired while 19 more are expected before mid 2021. Also expected are six other UCAVs by early 2021.

‘Close to 200 NAF pilots, engineers and technicians are undergoing training in 9 different countries as part of efforts to bridge decades of gaps in capability and capacity that have made Nigeria vulnerable to asymmetrical threats’, the statement reads.

‘These additional new air assets and skills acquired by personnel’, the statement continues, ‘ will greatly enhance NAF’s operational effectiveness which will translate into security for Nigeria & Nigerians.

The statement also expresses the appreciation of the Chief of the Air Staff, Air Marshal Sadique Abubakar to the Commander-in-Chief of the Armed Forces, President Muhammadu Bihari, for the priority given to the NAF to ensure a more secured nation.

"New Marte effectively in our hands since 3pm. Our will and determination are unshaken. We are ever determined not to let our service chiefs...

Pope Francis has accepted the resignation of cardinal Roberts Sarah as prefect of the congregation for Divine worship and the discipline of the Sacraments. Pope...