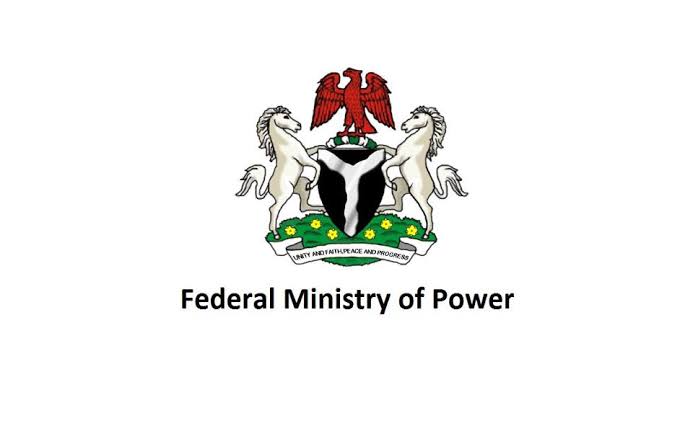 The Ministry of Power has said there was no decision reached by the Federal Government to provide Nigerians with free electricity.

Thisis coming barely 48 hours after the power Distribution Companies (DisCos) announced their alignment with the federal government and National Assembly efforts to provide free electricity for two months as a palliative for the effects of the Coronavirus (COVID-19) pandemic on Nigerian electricity consumers.

However, the Ministry on its official Twitter handle said there was no such decision taken by the federal government, saying that If and when that becomes a reality, it shall be announced officially.

“Please Note: NO DECISION has been taken by the Federal Government to provide Nigerians with FREE ELECTRICITY for 2 months. If and when that becomes a reality, it shall be announced officially.

“Be rest assured that FG is exploring ways to ameliorate any hardship on Nigerians,” the Power Ministry wrote on its Twitter handle.

Recall, the Speaker, House of Representatives, Femi Gbajabiamila recently said the House was considering a fresh Stimulus Bill that would ensure that Nigerians get free electricity supply for two months to mitigate the effects of the COVID-19 pandemic.

The Speaker said the proposed Bill was to help in boosting the economy through the informal sector as the country prepares for the aftermath of the coronavirus.

The proposed Bill, which would be the second Stimulus Bill by the Green Chamber, was to be considered immediately the House reconvenes from its ongoing break, declared due to the pandemic.

Explaining the necessity for the proposed stimulus bill for the electricity sector, the Speaker said electricity, being a commodity consumed by every household, has a greater effect on the people and that since more Nigerians are in the informal sector, the effects would be more felt by the economy.

“The issue of electricity, you’ll agree, because the Minister did say that she has been inundated by the public, just as we are, on several suggestions and ideas and I am almost a hundred percent sure that, from those ideas will be the issue of some kind of shelter, as far as electricity is concerned.

“It is one thing that will touch every household. As I said earlier, when we engaged, I discussed with the electricity Distribution Companies (DisCos) that packaged whatever they would require, if the government can give them, for us to allow for two months free electricity for Nigerians, they would be able to guarantee it.

“We have the figures. I think we should look very seriously into that as part of our package for economic stimulus, because stimulus means something that will stimulate the economy. When you are stimulating the economy, most of it will come from the informal sector.

Shortly after that, the distribution companies under the umbrella of the association of Nigerian Electricity Distributors (ANED) agreed to have aligned themselves with the federal government and NASS efforts to provide free electricity for two months as a palliative for the effects of the Coronavirus COVID-19 pandemic on Nigerian electricity consumers.

In a statement by the Executive Director, Research & Advocacy, ANED & Spokesman for all the DisCos, Barr. Sunday Oduntan, the companies said, “in fulfilment our commitments to the nation, we hereby align ourselves with the efforts of the National Assembly and the Federal Executive to mitigate the hardships that are currently being borne by our customers and other citizens all over the country.

“We commend the Federal Legislators, the Executive arm and the Nigerian Electricity Regulatory Commission (NERC) for their initiative and we are committed to working with them to ensure more efficient power supply within this difficult period, as the nation battles with the ravages of COVID-19.

“We are also completely aligned with the plans to ensure palliative measures, including free electricity supply to all Nigerians for two months, to make life easier, during the lockdown period. Details of implementation to come soon,” ANED said.

After the statement, Nigerians started asking questions about the modalities to be used in distributing the electricity to the customers. Consequently, yesterday, the DisCos provided further clarifications as follows: that, “The energy to be supplied for the 2 months is not free from the DisCos but is being paid for by the federal government, in partnership with the National Assembly;

“As such, the ability for the DisCos to go forward is subject to the stimulus package being passed by the National Assembly and signed into law by Mr. President; and

“While this palliative seeks to mitigate the economic challenges that Nigerians are being subjected to during this COVID-19 period, it is our hope that we do not lose sight of the no-cost reflective tariff challenges that the DisCos continue to suffer under,” ANED said.