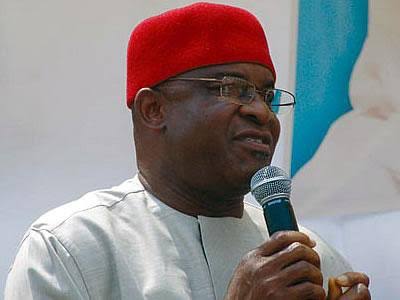 President of the Senate, Ahmad Lawan, has felicitated with Senator David Bonaventure Mark on the occasion of his 72nd birthday.

Lawan congratulated Senator Mark, who was the Senate President between 2007 and 2015, for witnessing the joyous occasion in good health.

The Special Adviser, Media,
to the President of the Senate, Ola Awoniyi in a statement quoted him to have praised the former senator for his life of dedicated service.

“Senator Mark’s contributions to nation-building in Nigeria cannot be forgotten, as he left unblemished records in his various calls as an Army General, a Minister of the Federal Republic and a Distinguished Senator.

“It is on record that the tenure of Senator Mark as President of the Senate was marked by unprecedented stability and smooth legislative business,” Lawan said.

The Senate President rejoiced with the family, friends and political associates of the Senator and wished him more years of contributions to the development of his fatherland.

Repeal/Reenactment Of CBN Act: What NASS Must Do?