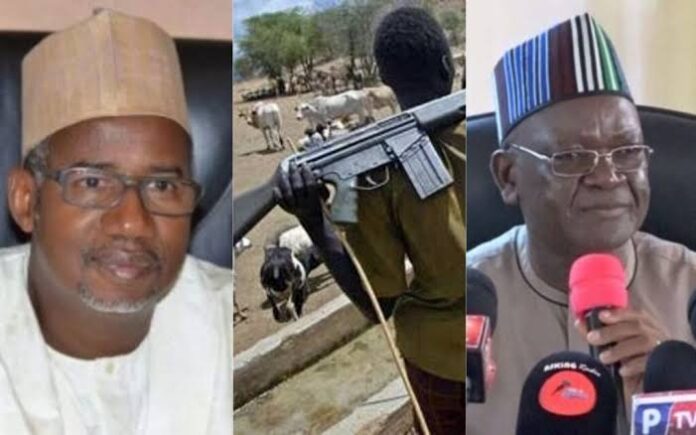 The Peoples Democratic Party, (PDP), has called for calm even as it intervenes to resolve the rift between the Governor of Benue State, Mr. Samuel Ortom and his Bauchi counterpart, Alhaji Bala Mohammed.

TheFact Nigeria observed that the two leaders have been at dispute points over comments and counter comments on issues concerning the herders/farmers clashes in the country.

The party urged the Federal Government to urgently address the security challenges in the nation.

On its Twitter handle on Tuesday, @OfficialPDPNig wrote: @OfficialPDPNig assures that it has waded into the rift between Bauchi State Governor, Senator Bala Mohammed and his Benue State counterpart, Governor Samuel Ortom.

“Calls for calm as the internal reconciliation mechanism introduced by the hierarchy of the party between the two governors subsists.

“However urges the Federal Government to take urgent steps to address the escalated security challenges in our country.”