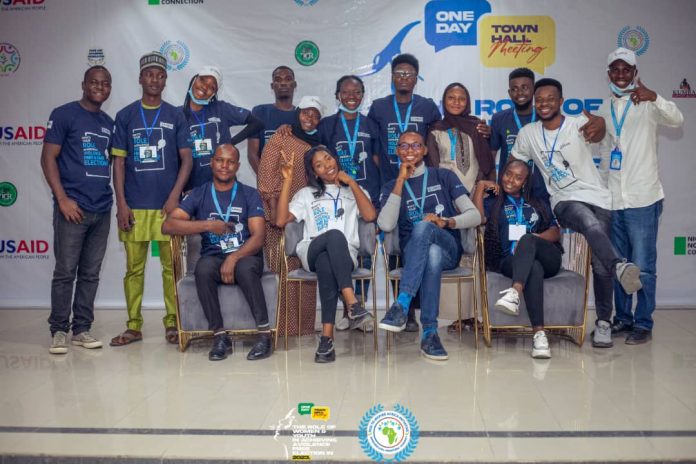 The Network of Civil Society Organisations (CSOs) has charged politicians to focus on issues-based campaigns, eschew violence, upsurge of drugs and political thuggery in the forthcoming 2023 general election in Borno state.

The Chairman of CSOs, Borno State Chapter, Comrade Bulama Abiso stated this on Wednesday, October 19, 2022, during a town hall meeting on “The Role of Youth and Women in Achieving Violence Free and Fair Elections in 2023”, held in Maiduguri.

Bulama called on Nigerian politicians to stop using the young people as thugs during election.

“My fear over the 2023 election as a Civil Society Activists is the use of youths as political thugs, the use of none issue based campaigns and the use of drugs is worrisome in our communities, all the economy in the world is being driven by the youths but not in Nigeria.

“From what we are seeing youths are used as political thuggery so we are concerned about this, the use of drugs is a real thing of concern to us, if you look closely every violence is being triggered by drugs during election, we may experience violence in election.

“We are warning the politicians to desist from the behaviour that can cause violence in our country.

“Therefore, I am calling on politicians to focus on issues-based campaigns instead of using youths to cause violence before and during the election”, Comrade Bulama said.

Earlier in his opening remarks, the Executive Director of Rise to Inspire Africa Initiative, Mr. Stephen Oladepo believed the risk of violence was inherent in every election and mostly perpetrated by youths, even in established democracies but the forthcoming election the narrative must be changed.

“Today, we are basically holding town meeting to discuss on the role of young people and women in the forthcoming election. We converged young people in Borno state to discuss with them on the need to achieve a violent free election.

“We are educating them on how to counter election misconceptions, misinformation, disinformation and malformations. We are also encouraging young people to participate in the election process”, he said.

Stephen added that the aim of the project was to enlightened and encourage young girls and women to participate in the elections processes in Jere Local Government Area of the state.

He explained that the project was funded by USAID, supported by Nigeria Northeast Connection and implemented by Rise to Inspire Africa Initiative.

In her remarks, MECOHEDI, Mrs Pauline Ibrahim said the government, religious organisation and stakeholders have a responsibility to preach the culture of political tolerance, peace-building and the process should be led and driven by youths at the grassroots level.

The town hall meeting was organised by the Nigeria Northeast Connection.

Why We Raise Benchmark Interest Rate To 14% -Emefiele