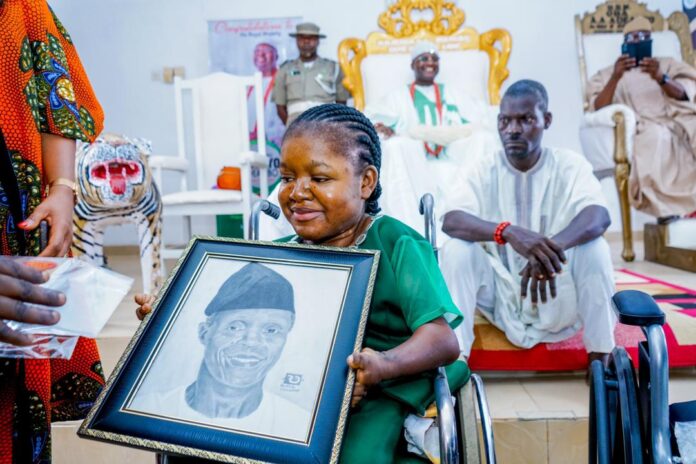 Miss Abosede Okeowo, a highly talented, but physically challenged artist, who refuses to be deterred by her limitations has won the admiration of Vice President, Prof. Yemi Osinbajo, who has offered her a United States Online scholarship to hone her art skills.

The 27 year old, who, by reason of sheer talent had won several other recognitions, had presented a pencil portrait of Prof Osinbajo to him during a courtesy visit to the Ooni of Ife in 2020.

The Vice President was represented by a team that visited Palace of His Royal Majesty, Oba Adekunle Adeagbo, the Oore of Otun-Ekiti, Ekiti State, on 8th May, 2021. 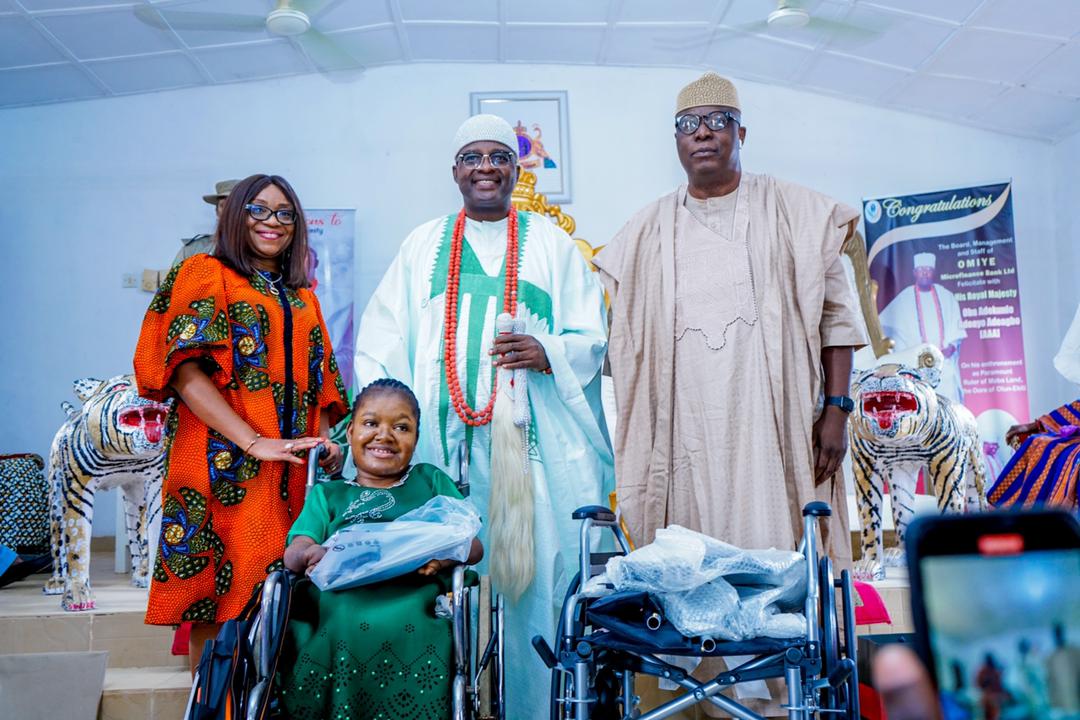 The team was led by Senator Babafemi Ojudu, Special Adviser to the President on Political Matters, accompanied by Dr. (Mrs) Ebi Awosika, Senior Technical Assistant to the Vice President on Community Engagement.

Abosede Okeowo, a self-taught artist, is an indigene of Otun Ekiti, Mobaland, in Ekiti State, who suffered an illness when she was a child which resulted in her current state of health.

Driven by passion, she nurtured her talent in drawing to her current stage of expertise. She is known for making drawings of many dignitaries which has brought her to the limelight. 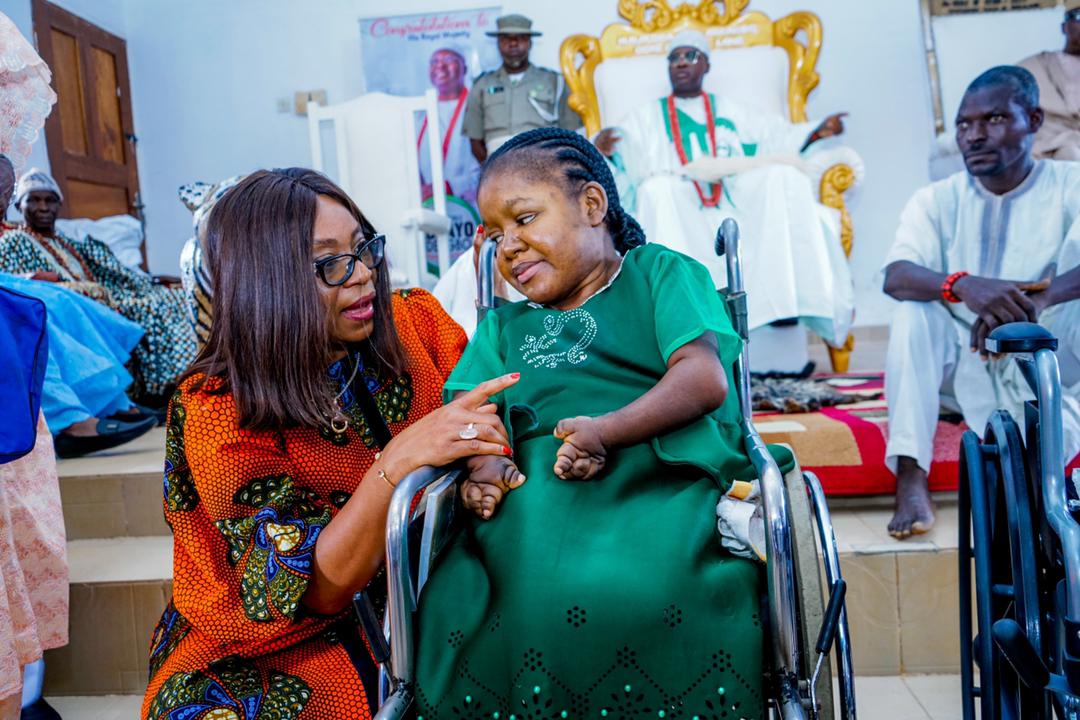 In her remarks, Dr. Mrs Ebi Awosika described Abosede as a girl whose talent will take her to places to compete with people who are able bodied.

She also expressed gratitude to God for Abosede and stated that it was “just the beginning of greatness for the young artiste”, and presented the talented artiste with a special wheelchair, laptop and a scholarship in Hyper-Realistic Portrait Course (a virtual course offered through an American online programme).

“This scholarship will help Ms Okeowo to realise her dreams and desire to own an establishment where she can teach others how to draw and help those who are physically challenged to also fulfill their life ambitions,” she added.

His Royal Majesty, Oba Adekunle Adeayo Adeagbo, The Oore of Otun Ekiti, Paramount Ruler of Mobaland in Ekiti, who received the envoy that represented the Vice President, expressed gratitude on behalf of Bosede Okeowo’s family, Otun Ekiti Community and the entire Mobaland to Osinbajo and his wife, Chief (Mrs) Oluwadolapo Osinbajo, for recognizing and making life meaningful for Ms. Bosede Okeowo and her family.