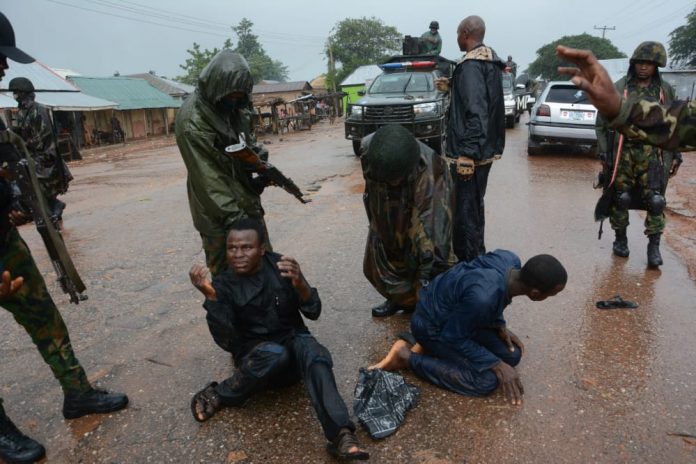 Troops of the Nigerian Army, NA, in continued patrols and clearance operations have eliminated 1 bandit and captured 3 others in Kaduna State.

According to the Director, Army Public Relations, Brig Gen Onyema Nwachukwu on Tuesday, the neutralization and capturing of the bandits was carried out on Monday, 29 August by a fighting patrol led by the General Officer Commanding (GOC) 1 Division Nigerian Army, Major General Taoreed Lagbaja, accompanied by a team of Operational commanders and operatives.

The fighting patrol, it was gathered, had cleared bandits in Udawa, Manini, Birnin Gwari, Doka, Maganda, Kuyello and Dogon Dawa communities in Kaduna State when they encountered the hoodlums.

In the ensuing gun fire exchange, the patrol team exerting superior fire power neutralized one of them, and captured three alive, while others fled with gunshot wounds.

Nwachukwu’s statement further urged members of the public, particularly health facilities and paramedics to watch out for persons who may be seeking medical attention for gunshot wounds and please report to relevant security agencies.