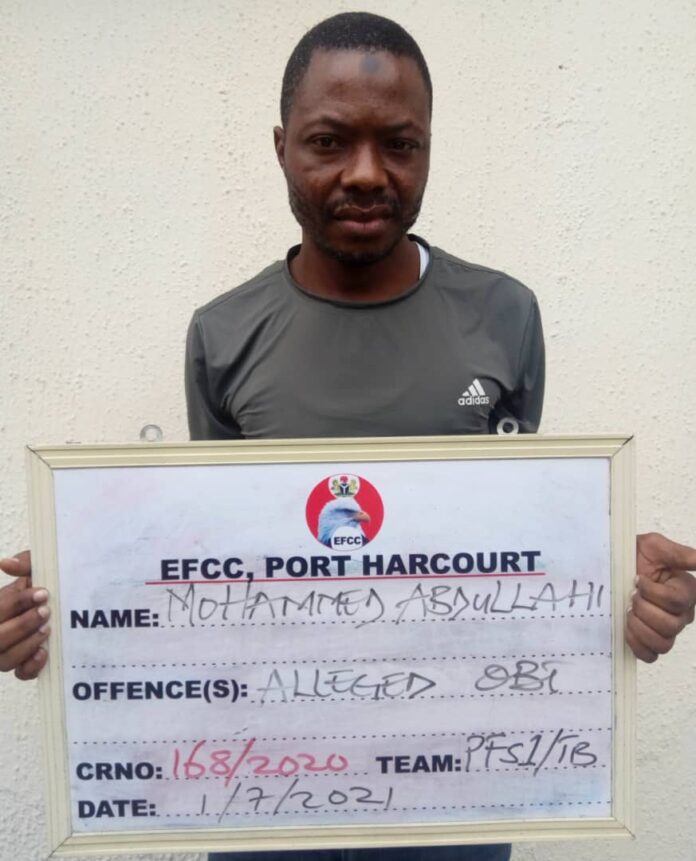 Two persons have been brought before Justice S.I. Mark of the Federal High Court sitting in Port Harcourt, Rivers State, on a two- count charge bordering on obtaining money by false pretence to the tune of N10,700,000 (Ten Million, Seven Hundred Thousand Naira only).

Chukwuma Samuel Kaniku and Mohammed Abdullahi were arraigned yesterday, 1 July, by operatives of the Port Harcourt Zonal office of the Economic and Financial Crimes Commission, EFCC. 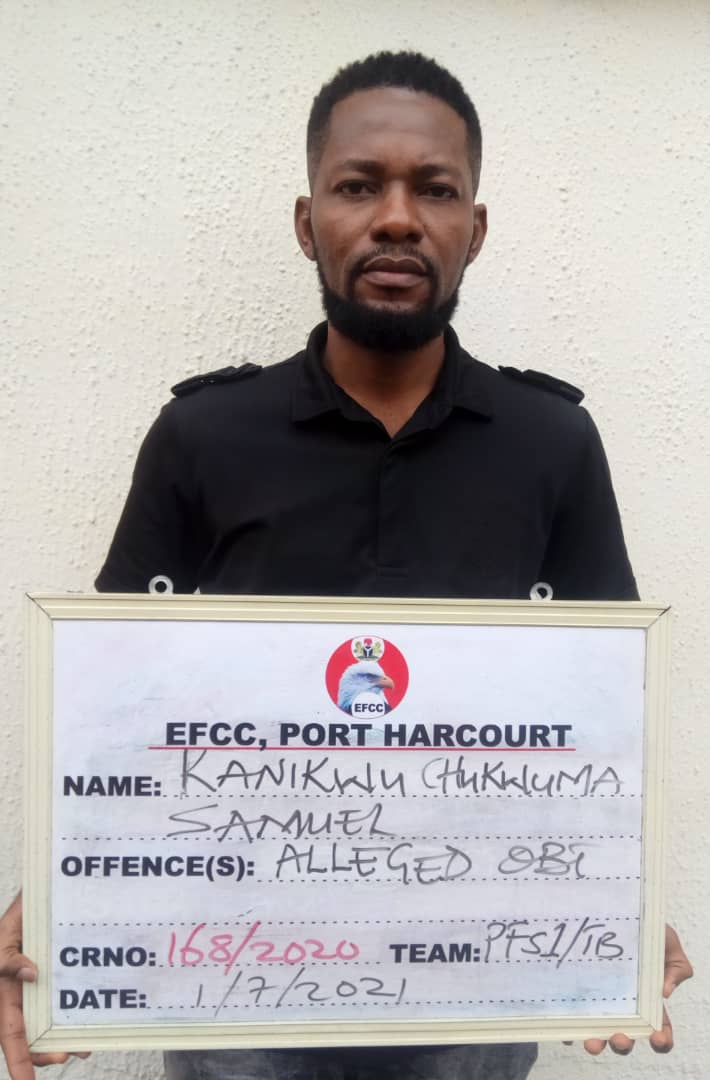 The two defendants were accused of receiving the said sum from one Aliyu Baba Mohammed, into an Access Bank Plc account, numbered 0059009063, under the false pretense that the amount was payment for the supply of 9 Trucks of Automotive Gas Oil, AGO, thereby committing an offence contrary to Section 1 (1) (a) of the Advance Fee Fraud and Other Related offences Act, 2006 and punishable under Section 1(3) of the same Act”.

Kaniku and Abdullahi however, pleaded “not guilty” to the charges preferred against them.

In view of their pleas, prosecution counsel, N. A. Dodo prayed the court to fix a date for commencement of trial, which counsel to the 1st defendant, S. U. Amakiri, countered, and made an oral application for the bail of the 1st defendant, but was declined by the court.

Also, counsel to the 2nd defendant, M. M. Suleiman, prayed the court for a short adjournment to enable him file an application for the bail of his client.

Justice Mark ordered that the defendants be remanded in Port Harcourt’s Correctional Centre and adjourned the matter till July 14, 2021 for hearing of bail applications.

Kaniku and Abdullahi met thier waterloo when a petitioner alleged that they defrauded him in the sum of Ten Million Seven Hundred Thousand Naira (N10, 700,000.00), an amount he paid them to supply 9 trucks of AGO from a registered depot in Port Harcourt, Rivers State

The petitioner also alleged that the defendants promised to deliver the consignment upon payment of the agreed sum but failed to do so as agreed.